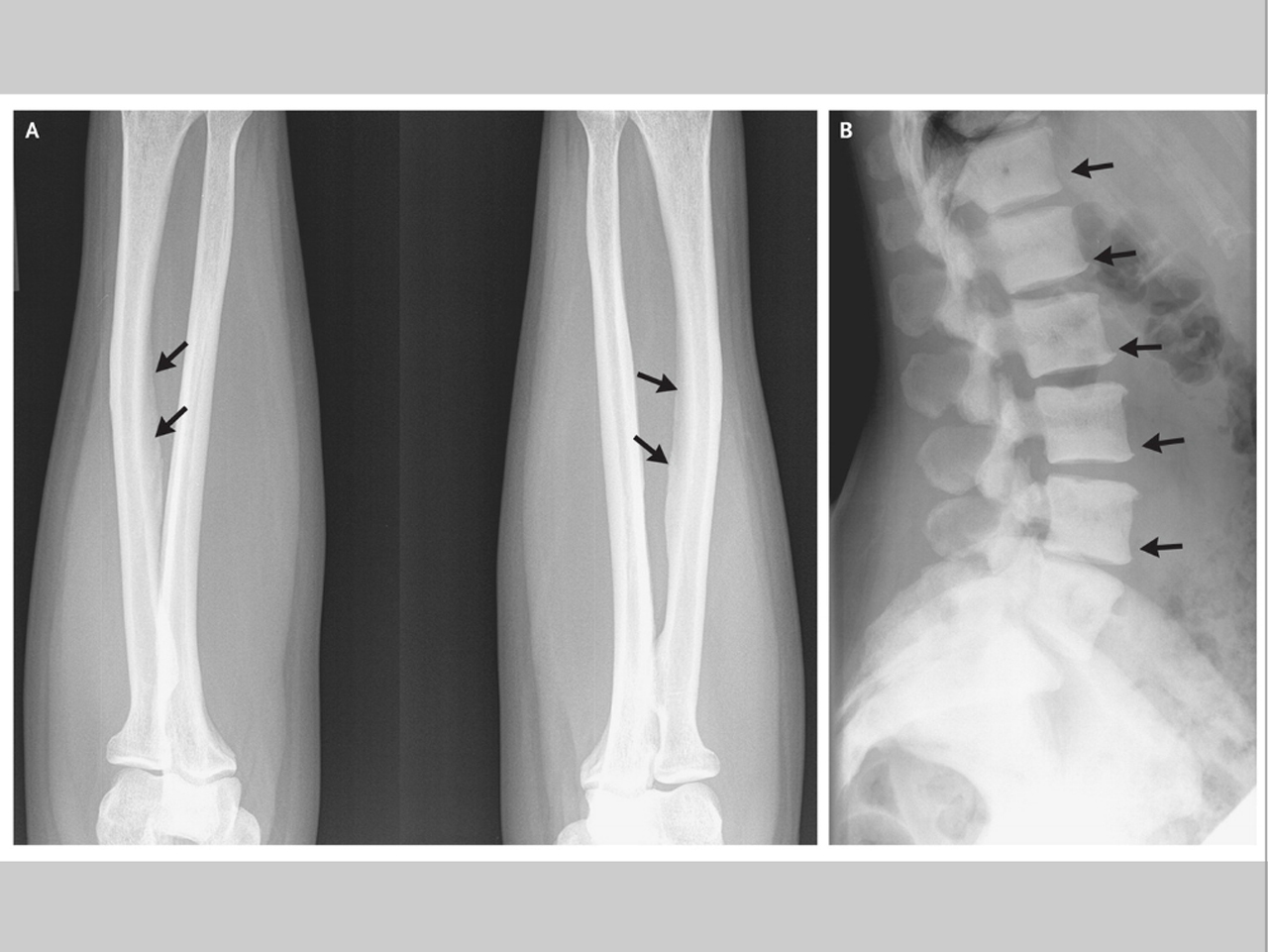 Doctors have discovered that a woman's mysterious bone condition was caused by her love of tea.

A 47-year-old woman told Detroit doctors that she drank a pitcher of tea everyday for the past 17 years that contained anywhere from 100 to 150 tea bags.

The patient had said for the past five years, she had experienced pain in her lower back, arms, legs and hips, according to the case report published March 21 in the New England Journal of Medicine. All of her teeth had been removed because of brittleness.

Her doctors at Henry Ford Hospital in Detroit, Dr. Naveen Kakumanu and Dr. Sudhaker D. Rao, wrote that X-rays of the woman's spine and legs showed membranes separating her bones had become calcified, and there was presence of a striped pattern called "rugger jersey spine" which suggests increased bone density.

Rao, an endocrinologist who specializes in bone health, told LiveScience that the patient had been sent to him because doctors first thought she had cancer, which may appear on a scan as dense areas of bone. However, Rao had seen similar cases in his native India.

"I was able to recognize it immediately," he said.

The woman was diagnosed with skeletal fluorosis. The condition is caused by excessive intake of fluoride, often through drinking water, according to the World Health Organization. Low levels of fluoride are added to water to help prevent cavities, but too much of it could lead to negative effects on the teeth followed by skeletal problems that develop years later.

Early symptoms of skeletal fluorosis, include stiffness and pain in the joints, according to WHO, and in severe cases, the bone structure may change and ligaments may calcify, leading to pain and muscle impairment.

The condition is more common in regions of the world with high amounts of fluoride naturally occurring in drinking water due to geological deposits from mountains. These so-called "fluoride belts" include one that stretches from Syria through Jordan, Egypt, Libya, Algeria, Sudan and Kenya, and another that stretches from Turkey through Iraq, Iran, Afghanistan, India, northern Thailand and China, says the WHO. Some have been reported in the Americas and Japan as well.

"Most of us can excrete fluoride extremely well, but if you drink too much, it can be a problem," he told HealthDay.

The patient was counseled and eventually discontinued her tea-drinking habits. Afterwards, her symptoms improved, according to the doctors.

Rao added to HealthDay there have been three to four cases in the U.S. associated with drinking large amounts of tea.