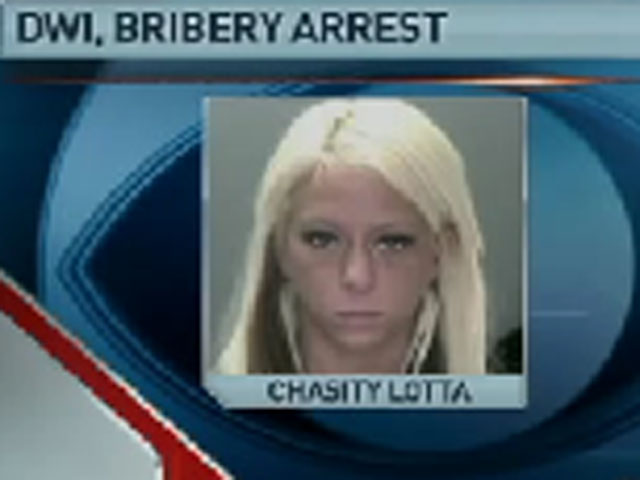 (CBS/WROC) ROCHESTER, N.Y. - A Rochester woman known to police for her history of drunk driving has apparently had another drunken run-in with the law - and this time she also tried to bribe her way out of it.

According to court documents, 24-year-old Chasity Lotta offered a Rochester police officer $1,000 about 15 times, to let her go. But she allegedly offered more than money, reports CBS affiliate WROC.

In his arrest report, the officer said Lotta told him "I'll do anything you want if you let me go," implying she would perform sexual favors, WROC reported..

The officer pulled Lotta over while she was driving around 2:30 a.m. Monday, after recognizing her and knowing she had a suspended license. The officer wrote in his report that Lotta smelled of alcohol and when asked, she failed a number of field sobriety tests.

According to WROC, on top of bribery, also faced charges of felony DWI and driving without a license.

Rochester station WHEC says Lotta took a plea deal and is facing one to three years in prison.