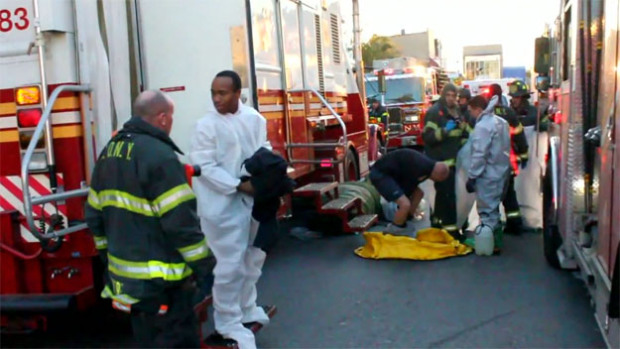 NEW YORK -- The body of a woman who died of an apparent heart attack in Brooklyn Tuesday will be tested for the Ebola virus as a precaution since she was recently in West Africa, city officials said.

The New York City Department of Health and Mental Hygiene told CBS New York the woman arrived in the U.S. 18 days ago from Guinea, one of the West African countries dealing with a deadly Ebola outbreak.

The woman died Tuesday afternoon at a hair salon in the Brownsville neighborhood, the FDNY said.

Although she showed no signs or symptoms of Ebola prior to her death, the tests would be performed out of an abundance of caution since she was within the 21-day incubation period for the virus.

Dr. Craig Spencer, the only confirmed case of Ebola in New York City, was released from Bellevue Hospital last week after recovering from the disease.

Dr. Martin Salia, a surgeon who contracted Ebola in his native Sierra Leone, was transferred to a Nebraska hospital for treatment over the weekend but died Monday. He was the only patient actively being treated for Ebola in the U.S.