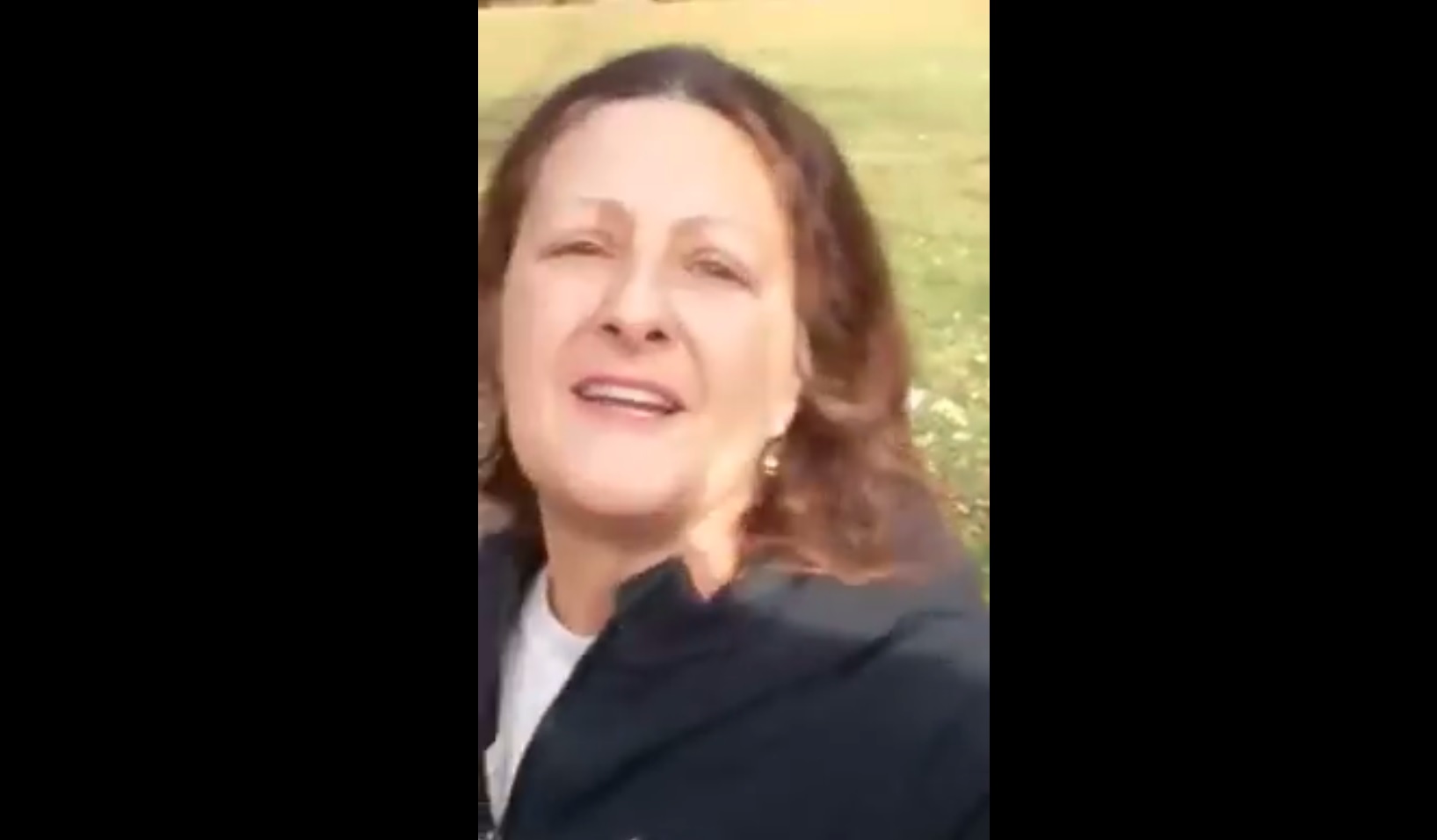 CASTRO VALLEY, Calif. -- A woman has been charged with committing a hate crime following a confrontation caught on video involving a group of Muslims in an East Bay park earlier this month, CBS San Francisco reports.

According to authorities, Slader confronted Rasheed Albeshari and his friends while they were praying, during one of their weekly meetings which include volleyball games. The group said Slader insulted their faith and accused them of being terrorists.

"She was yelling, 'Allah is Satan!' 'The Koran is evil!' and 'You are a bunch of brainwashed murderers!'" Albeshari told KPIX 5 in an interview last week.

Video of the confrontation posted to Facebook shows a park ranger confronting Sadler about her "inappropriate" remarks. She told the ranger, "It is inappropriate -- you're right -- for someone to tape record me."

Albeshari then said, "This lady is talking about my God." Slader is then seen approaching the camera and apparently hit Albeshari with an umbrella and threw her coffee at him.

Authorities said Slader is an employee of the Department of Corrections and Rehabilitation.

Slader is scheduled to appear in court on January 7, 2016 on the charges.