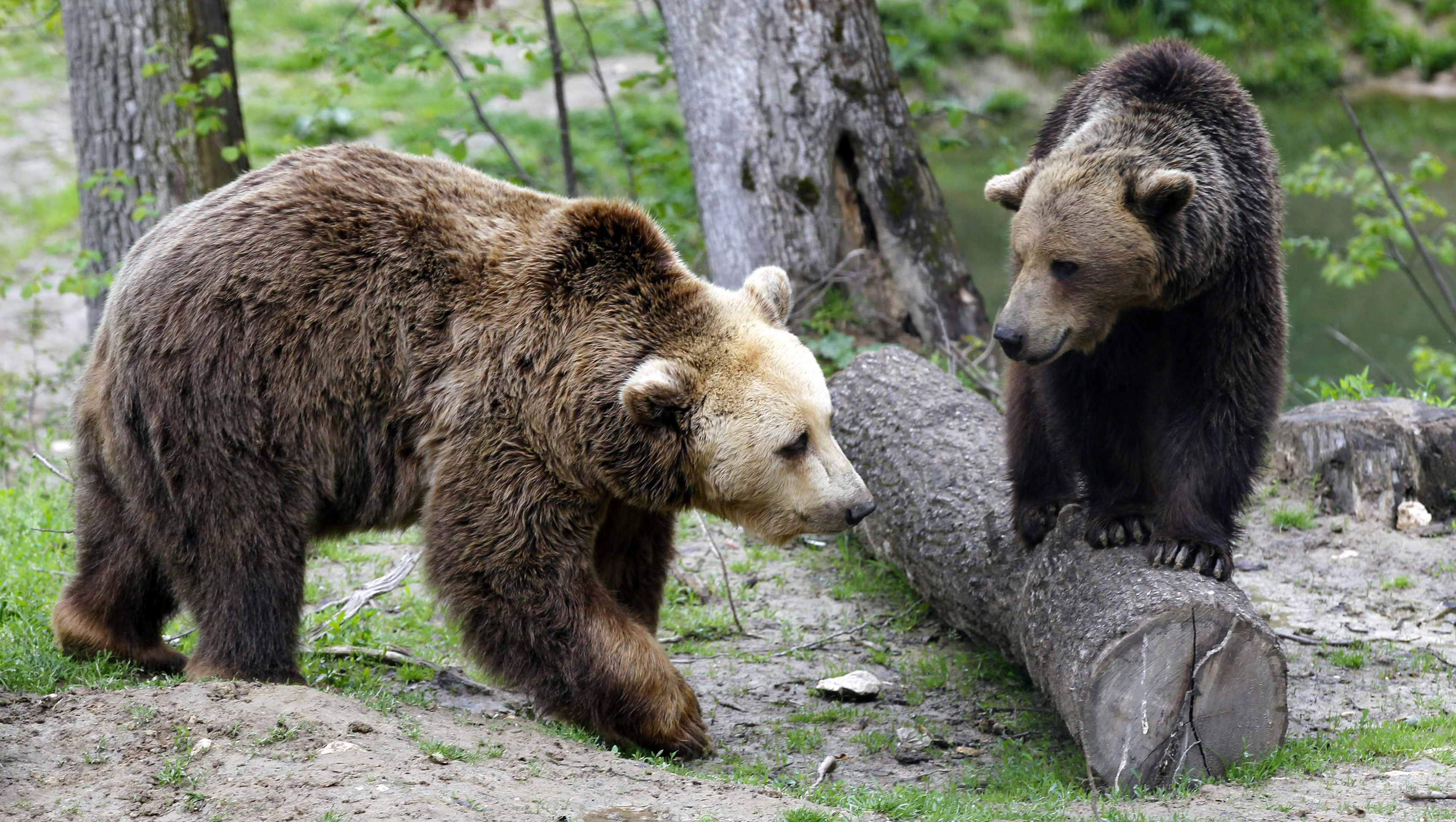 JOINT BASE ELMENDORF-RICHARDSON, Alaska - A woman attacked by a brown bear on an Anchorage military base struggled to walk 2 miles on a windy, uphill path to get help, officials said Monday.

The woman's efforts to get aid after a 7- to 8-foot bear swiped at her were nothing short of heroic, Mark Sledge, base conservation law enforcement officer, said at a news conference.

The woman, who has asked that her identity not be released, suffered lacerations to her neck, arms and legs and was hospitalized in stable condition at the Alaska Native Medical Center, Maj. Angela Webb told The Associated Press.

Sledge said the woman is lucky to be alive and adds that her will to survive is "just amazing."

The woman and her soldier husband were jogging late Sunday morning on the northern part of the base when they became separated. The woman happened upon the bear, which had two cubs with her.

"They had essentially startled one another," Webb said.

The bear swiped at her once.

A passer-by picked up the woman and took her to the base hospital. She was later transferred to the Anchorage facility.

"It was very quick, and she didn't remember much," Webb said of the attack and what the woman could recall.

The woman set out to get help and walked for 2 miles before a passer-by picked her up and took her to the base hospital. She was later transferred to the Anchorage facility.

Base officials have closed recreational areas around the part of the base where the attack took place, and Joint Base Elmendorf-Richardson police are asking anyone to come forward if they witnessed the encounter.