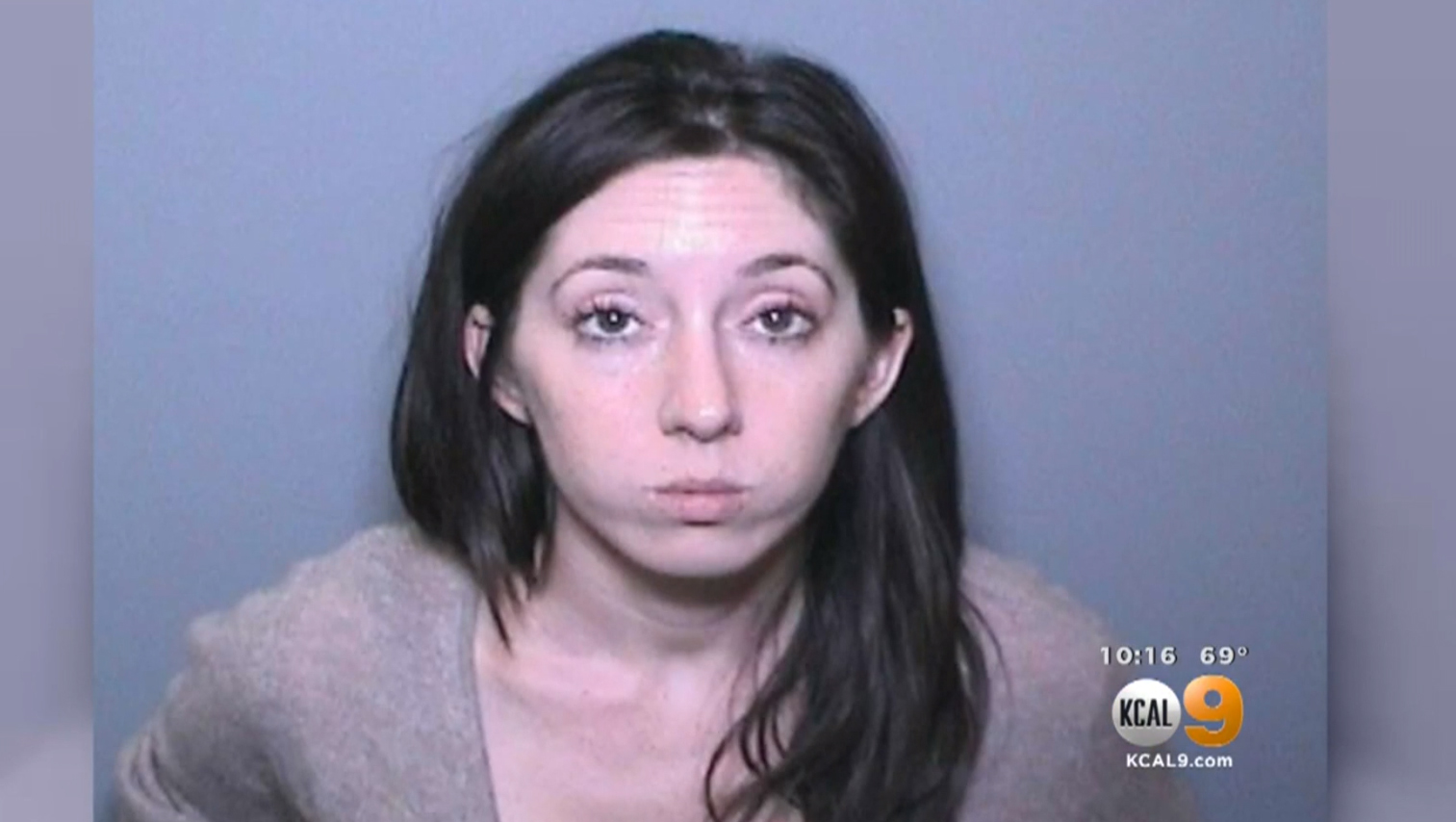 Michelle Suzanne Hadley, of Ontario, about 40 miles east of Los Angeles, was held Monday on $1 million bail pending her arraignment on Aug. 19. Prosecutors say Hadley, 29, pretended online to be the woman who recently married a man Hadley had dated between 2013 and 2015. The man is a U.S. Marshals Service agent and his wife is pregnant with the couple's first child, reports CBS Los Angeles.

A prosecutor told the station Hadley gave the couple's Anaheim home address to men on Craigslist and told them to go to the home at times she knew the victim would be home alone. A number of men showed up, one of whom attacked the pregnant woman before she was able to call for help, the station reports.

Prosecutors say Hadley was previously accused of threatening the victim and her unborn child, and the victim filed a restraining order June 6. But Hadley was arrested June 24 after allegedly violating the order by stalking the woman. She was released on $100,000 bail, but prosecutors say she continued sending threatening emails and responding to the "rape fantasy" ads on Craigslist.

Hadley is charged with stalking, stalking despite a restraining order, assault with the intent to commit a sexual offense during a first-degree burglary and making criminal threats plus six counts of attempted forcible rape.

If convicted, she could face seven years to life in prison.