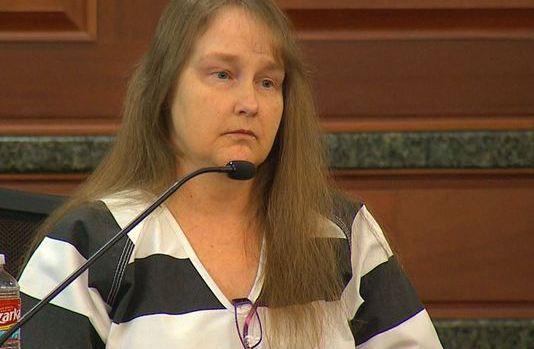 KAUFMAN, Texas -- The estranged wife of a former justice of the peace in North Texas is expected to plead guilty to murder in connection with the 2013 slayings of a district attorney, his wife and a top prosecutor.

Kim Williams is charged with three counts of capital murder, but it's unclear if she will plead guilty to all three indictments Tuesday.

Prosecutor Toby Shook said a tentative plea deal has been reached but specifics won't be disclosed until the agreement is signed. Defense attorney Paul Johnson declined to comment on the agreement.

Williams' husband, Eric Williams, was sentenced to death earlier this month for killing Cynthia McLelland, wife of Kaufman County District Attorney Mike McLelland. Eric Williams has been charged, but not tried, in the deaths of Mike McLelland and prosecutor Mark Hasse.

Prosecutors say the deaths were retribution after Hasse and McLelland prosecuted Williams for the theft of county equipment. He lost his job and law license as a result.

During his trial, prosecutors presented evidence that he paid a friend to rent a storage unit where he kept more than 30 guns, police tactical gear and a getaway car.

A "masked assassin," whom prosecutors identified as Williams, approached Hasse as he walked to work and the two shoved each other. They said Hasse pleaded and yelled "I'm sorry" before he was repeatedly shot.

Two months later, Williams stormed into the McLellands' rural home and shot both the district attorney and his wife more than a dozen times each, according to evidence at his trial.

During the punishment phase, Kim Williams testified for more than two hours about her role in the plot, saying she was a "willing participant" in her husband's revenge killings.

"His anger was my anger," she said.

With Kim William's help, prosecutors found a gun that was linked to Hasse's death as well as the mask believed to be worn by the gunman, according to CBS DFW.

Her testimony also indicated she drove the getaway car in Hasse's slaying and helped to dispose of the weapons used to kill the McLellands at their home east of Dallas.