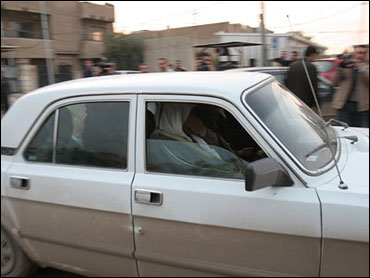 A woman filed a $3 million lawsuit against Charles Barkley on Friday, accusing him of throwing her against a restaurant wall last year after she complained he was smoking in a nonsmoking area.

Anna Adams said she had also complained that the Houston Rockets star was taking chairs from the table she was sitting at with her husband and guests at Regine's restaurant in Houston in April 1997.

Adams claims that Barkley grabbed her and threw her against a wall when she attempted to leave, causing severe bruising on her neck and shoulders. She said her husband tried to come to her aid and he also was assaulted.

Adams' lawyer, Larry McDougal, said she had to be treated the following day for her injuries, and had since recovered.

"We just wanted to make sure we had everything together before we filed," McDougal said. "Based on all the interviews, we believe the incident actually occurred. It will be up to a jury of 12 citizens to tell Charles Barkley he can't beat up women."

Barkley, contacted by KRIV-TV of Houston said: "I don't know anything about the law suit and I don't care."

No charges were filed against Barkley, who was out of town Friday and unavailable for comment. A Rockets spokesman said the team would not comment.

In June, Barkley was fined and ordered to make community service visits to two children's programs to settle charges that he threw a man through a window at an Orlando, Fla., bar last October.

In August 1997, a jury rejected a $550,000 lawsuit from a man who claimed Barkley beat him up at a Cleveland nightclub. And Barkley and fellow NBA player Jayson Williams were accused of being in a bar fight in Chicago in 1992. Charges were dropped.

Also in 1992, Barkley was acquitted of misdemeanor battery charges brought by a man who said the player broke his nose outside a Milwaukee bar.