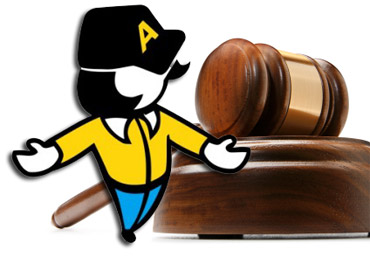 A Chicago woman says she was just telling the truth and wanted to help her neighbors. So, she posted an Internet review of a local concrete company. Now, that company is suing her because of what she said on a popular Website.

CBS2's Mike Parker says lawsuits like this one are becoming common. As more and more websites like Yelp and Angie's List publish an increasing number of bad business reviews, many of those targets are fighting back in court.

In September, Helen Maslona called a local concrete company to get an estimate for a new gangway and back patio for her Southwest side three-flat. She talked to the company's owner. He refused.

"He said, 'No, I'm not, I can't,'" Maslona said. She said he told her he does no work in her area, five miles from the firm's headquarters.

That surprised her, she said, "because on Angie's List, he said he does work in the area."

Maslona went back to Angie's List and briefly reported what she had been told. Then she gave the firm, called All Fields of Concrete Construction, the worst consumer grade of all - an F.

Now the owner, Michael Fitzgerald, is suing, claiming the woman "willingly and maliciously tried and succeeded in damaging my company's reputation."

An attorney who specializes in defamation cases says Internet cases like this one can be hard to prove.

"To be defamatory, a statement has to be a false statement of objectively verifiable fact," Phillip Zisook said. "Merely stating an opinion, although it is very negative and published on the Internet, does not necessarily mean you have a viable defamation action."

Maslona takes issue with Fitzgerald's claim that she was malicious and that she hurt his business. Maslona says she simply went to Angie's List and told it like it was.

"I just stated exactly what happened," she said.

Fitzgerald, talking with CBS 2 by phone, countered: "I'm not trying to be a jerk. It's just hard to have somebody slander you."