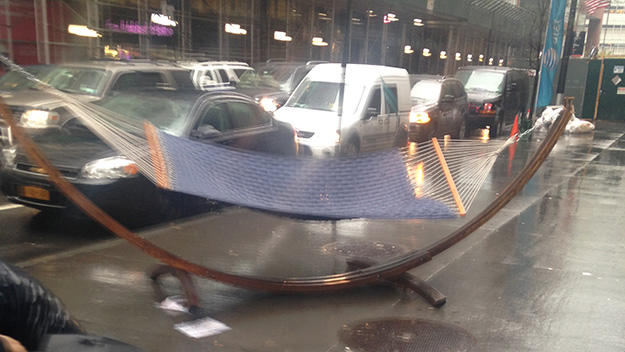 NEW YORK -- Police say a British tourist was struck by a hammock that blew off a fifth floor terrace or balcony Tuesday afternoon.

Police say a woman in her 50s was walking on the sidewalk with her husband toward the World Trade Center.

Photos from the scene show the partially collapsed hammock nearby as the woman was tended to by medics, CBS New York reports.

The woman was conscious and reported pain to her head and back. She was hospitalized in fair condition.