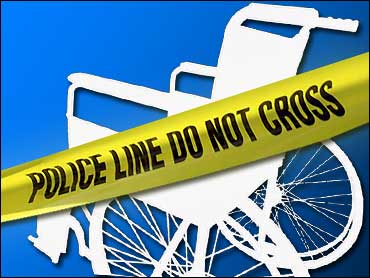 SAN FRANCISCO -- Police said Monday that one person has been arrested after a woman in a wheelchair was attacked and stabbed multiple times in San Francisco Sunday afternoon, CBS San Francisco reports.

The attack took place around 5:30 p.m. Sunday, police said, in the South of Market neighborhood.

A 58-year-old woman was sitting in her wheelchair when police claim the 25-year-old male suspect approached her and cut her neck multiple times with a kitchen knife. The woman was taken to the hospital with injuries not believed to be life-threatening.

Police took a suspect into custody after a witness followed him from the scene and flagged down a patrol unit, according to the station.

The suspect's name was not immediately available for release.