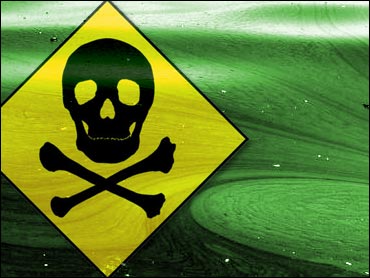 A 63-year-old New York woman who killed her husband by poisoning a drink with antifreeze was sentenced Wednesday to 25 years to life in prison.

Marguerite Bork continued to insist she was innocent in the death of her 50-year-old husband, Terrance Bork.

"I loved him with all my heart," said Bork, who spoke for about 15 minutes. "I don't know what happened, I don't know how. If I had to at gunpoint, I would drink it myself before hurting another human being."

A jury convicted Bork of second-degree murder in March.

Authorities said she put the odorless, sweet-tasting antifreeze in a drink while the couple was visiting at Terrance's mother's house on Sept. 19, 2005. Terrance, a mail carrier, was rushed to the hospital the next morning and died. Bork killed her husband to collect the death benefits from his life insurance policy after finding out he was having an affair with a friend and was planning to leave her, authorities said.

But both Judge Barry Donalty and Assistant District Attorney Laurie Lisi said there were indications Bork tried unsuccessfully to kill her husband a few months before his death.

Gerace tried unsuccessfully to have Bork's conviction dismissed. He also asked Donalty to sentence her to the minimum of 15 years to life.

He said he plans to appeal the conviction.