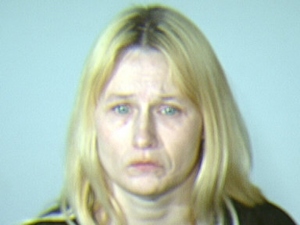 (CBS) ST. PAUL, Minn. - A 39-year-old St. Paul woman is accused of hitting a tow truck driver with her car, and taking him for an unwanted ride, after he tried to repossess the vehicle.

According to a complaint, on Feb. 17 Maplewood police responded to a report of a man on the hood of a vehicle. When authorities arrived, they learned the man was a tow truck driver who does vehicle repossessions.

On that day, he saw a car in the area that matched a vehicle on his list.  He was in the process of loading it onto his truck when a woman, later identified as Buckles, ran over from across the street and got into the driver's seat of the car. According to the complaint, Buckles hit the gas and ran into the man, forcing him onto the hood, CBS Minnesota reports.

Buckles then drove through the parking lot they were in and swerved the car from side to side, trying to throw the man off, according to the complaint. She left the parking lot with the car and hit a pump, sending the man into the air and forcing him to land hard on the roof. She slammed on her brakes, then hit the gas, then hit the brakes again to try to throw him off. He fell off the car, and she fled the scene.

Don't try this at home.

Police tracked down Anderson by her vehicle registration, and during questioning she reportedly said some guy jumped on her car and said "Give it up, b***ch." She said she was afraid that a man had been sent by her ex-husband and denied that it was a tow truck driver. Anderson also denied hitting the man with the car, but claim that he jumped on the car as she was driving it, according to the complaint.

If convicted in this case, Anderson faces up to 10 years in prison and $20,000 in fines. She has five previous felony convictions.