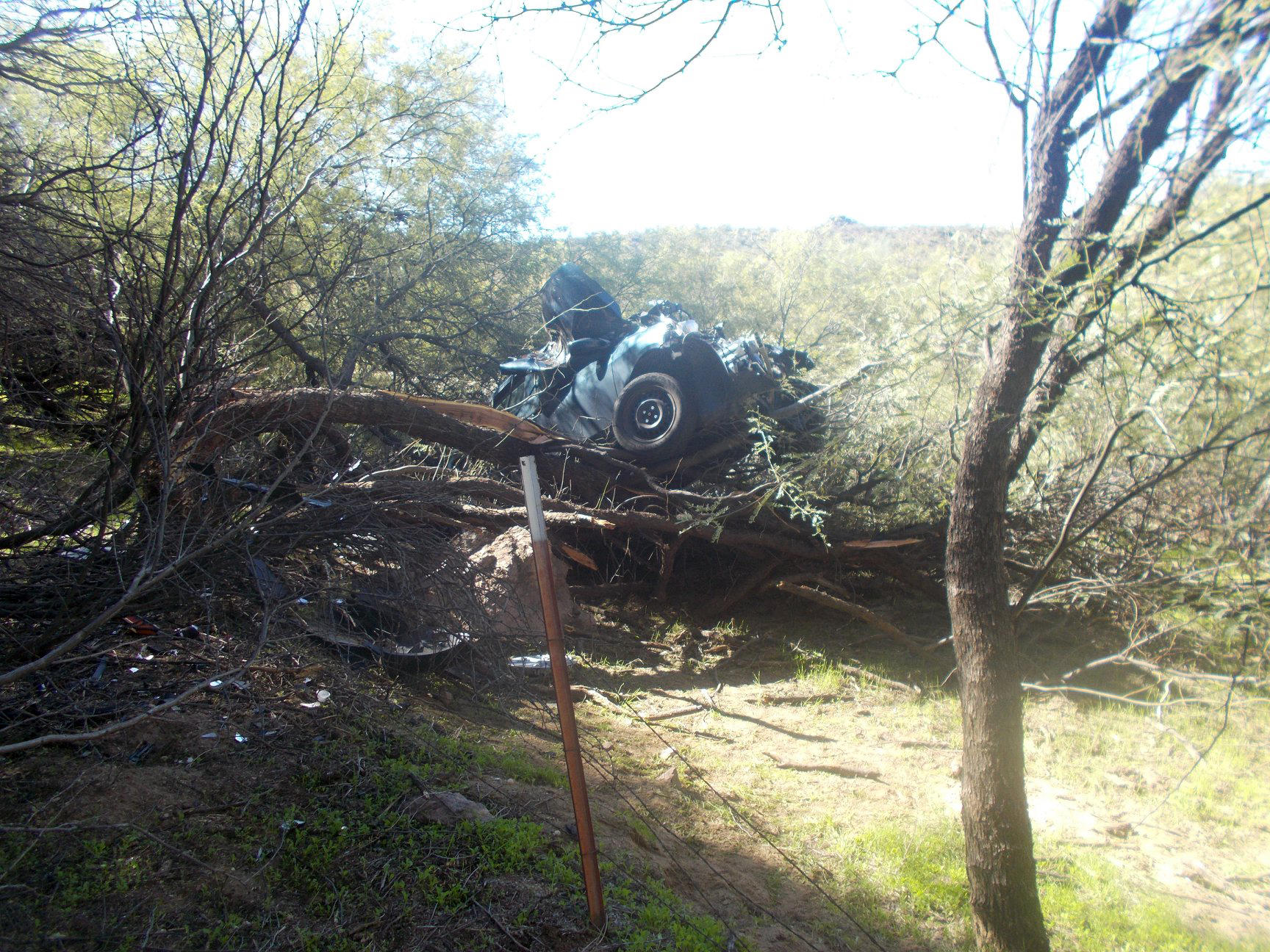 PHOENIX -- A seriously injured woman was rescued after spending six days in the desert after crashing her car, Arizona authorities said. The Department of Public Safety said Wednesday that rescuers found the severely dehydrated 53-year-old woman on Oct. 18 after seeing where the vehicle broke through a fence along U.S. 60.

A maintenance crew and a rancher spotted the car while working along the highway several miles from the historic Western town of Wickenburg. The woman's identity and specifics on her injuries weren't released.

Authorities said she lost control of her vehicle and it went off the highway Oct. 12. The vehicle fell 50 feet into a mesquite tree.

The department said the woman stayed inside the car for several days before climbing out and walking toward railroad tracks to get help. Rescuers found human tracks leading away from the vehicle.

Authorities said the woman didn't make it to the railroad tracks because of her weakened condition.