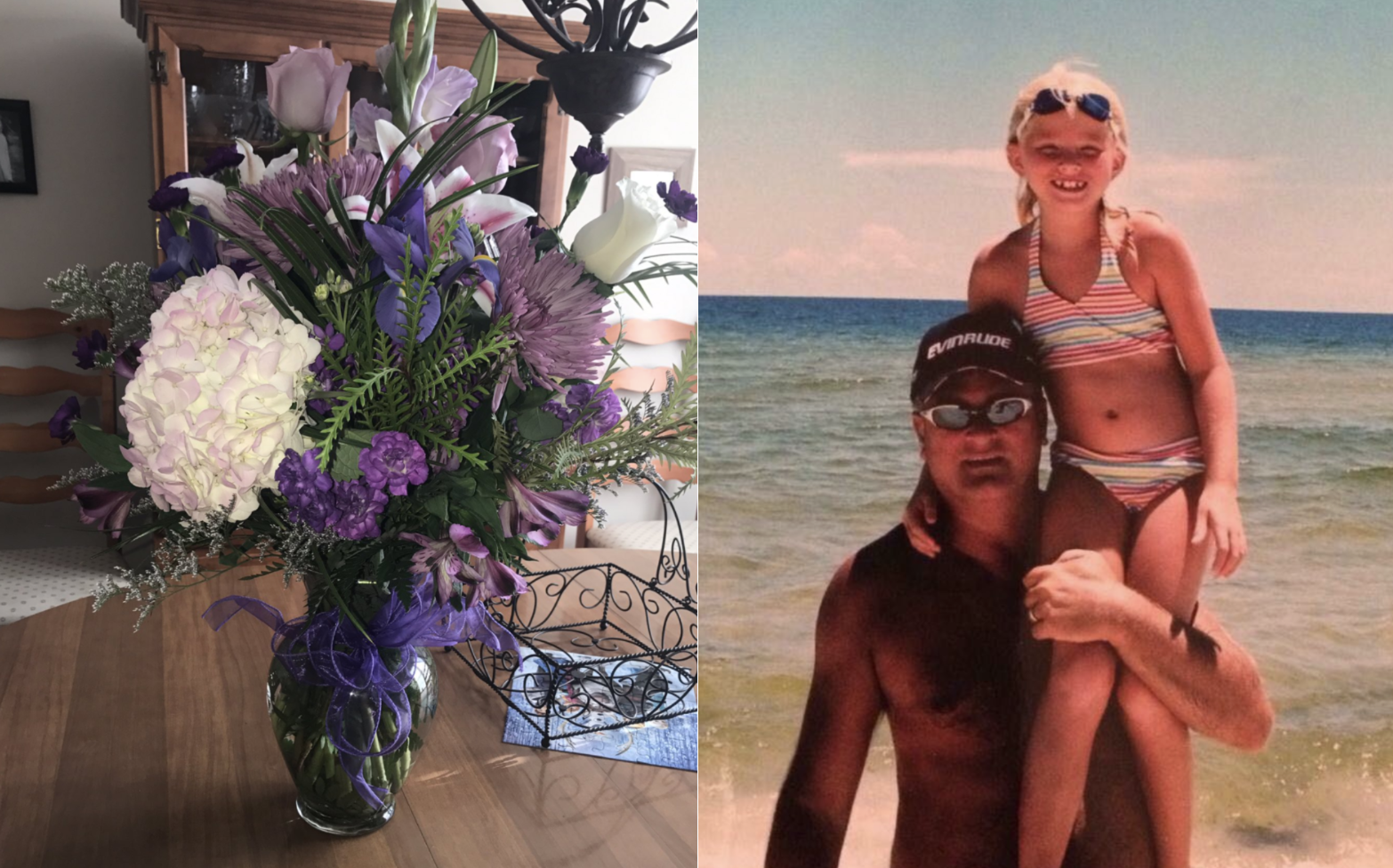 Bailey Sellers' dad, Michael, died from pancreatic cancer when she was just 16 years old, but that hasn't stopped him from surprising her with a birthday message every year since.

For the past five years, Sellers' has received a beautiful bouquet of flowers on her birthday. And each year, the flowers come with a short — but sweet — note.

"The day of my 17th birthday, I got the biggest flowers, and I had no idea who they were from," Sellers, of Maryville, Tennessee, told CBS affiliate WTVF. "It had a card in it, and it said, 'From here on out you'll receive these until your 21st birthday.'"

On Sunday, Sellers celebrated her 21st birthday, the milestone she has long been waiting for.

And sure enough, just as the father of four promised, two days before the big day, Sellers received a large bouquet of purple flowers. This time, the flowers came with a card that included a longer note.

Sellers felt a shiver as she opened the envelope and saw her dad's handwriting.

"When I opened this card, I especially felt him with me," Bailey said. "It's a cold feeling, then a happy feeling at the same time."

"This is my last love letter to you, until we meet again. I don't want you to shed another tear for me my baby girl for I am in a better place," the letter read. "You are and always will be the most precious jewel I was ever given."

When Sellers' found out her dad had cancer she was devastated. She dropped out of high school her sophomore year and began home-schooling so she could help her mom take care of him.

"I did not know that I was gonna get this," Sellers said of the letter.

But she's glad she did. In fact, the East Tennessee State University student was so touched she decided to share the personal note with her friends.

"My dad passed away when I was 16 from cancer and before he died he pre payed flowers so I could receive them every year on my birthday," she tweeted, along with several photos. "Well this is my 21st birthday flowers and the last. Miss you so much daddy."

"Every year I looked forward to my birthday because I felt like he was still here with me, but this is the last year I get them so it's so heartbreaking," Sellers added on Twitter.

Thousands of people from around the world sent comforting words to the 21-year-old, and thanked her for sharing her father's story.

"Makes sense Bailey but I hope you can also see the message he likely intended by stopping them," one Twitter user replied. "He believes in you. He believes that you are capable of wondrous things. He believes YOU are ready to be without the flowers even if you don't know it yet."

Sellers is happy her dad's words didn't just reach her, but thousands of others. She hopes those who read his message take his words to heart.

"He would be so proud that he did this," Sellers said. "He made people happy. He made people realize that they shouldn't take parents or people they care about for granted."