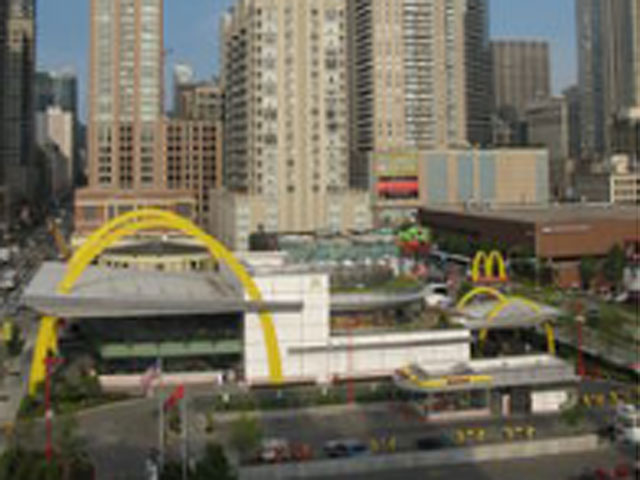 (CBS) CHICAGO - There's a reason it's called a drive-thru...a reason that a woman didn't seem to grasp when she tried to order food at a McDonald's drive thru-window in Wisconsin, without actually driving, according to CBS Chicago.

The apparently intoxicated - and hungry - 27-year-old walked up to the McWindow in Greenfield, Wis., and demanded food, claiming she was a "level 14 government employee."

The McDonald's workers refused the order because she was not in a vehicle (There are rules, ya know). Then they called police.

This happened shortly after midnight Sunday.

Although it's unclear what the woman meant exactly, federal government workers are paid based on their GS (general schedule) level. A GS-14 worker could be paid up to a six figure salary.

So, it would seem a little odd that a well-paid government worker would be staggering around a McDonald's parking lot, without a car, demanding burgers and fries from a drive-thru, although it's not clear if the employees were on to that inconsistency when they called the cops.

According to the Greenfield police report, the woman smelled of alcohol, had bloodshot and glassy eyes and slurred her speech. Her blood alcohol content was .19 on a preliminary breath test.

She was arrested on disorderly conduct charges, and was never asked if she'd like fries with that.