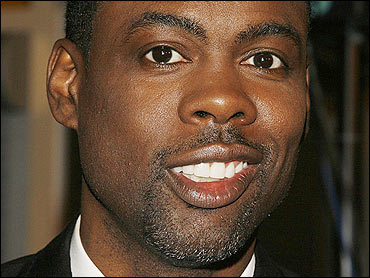 A woman who claims Chris Rock is the father of her 13-year-old son says she is seeking a DNA test because she's not completely sure he's the father.

"If I were 100 percent positive, I would not have requested a DNA test. I would have gone to the lawyers and courts for (a) child support order," Bowyer told the Statesboro Herald on Monday. "It's hard enough for a parent of any child to seek such a test, let alone someone in the public eye."

Rock has acknowledged the two had a "limited relationship" and is willing to take a DNA test, Bowyer said.

Bowyer also said she's pursing the paternity claim because her son is ill. She wouldn't specify the illness.

Rock asked Bulloch County Superior Court last month to start paternity proceedings to determine if he's the father. The 42-year-old comedian "desires to contribute to the support, maintenance and education" of the boy if there's evidence to prove he's the father, according to papers filed by Rock's attorney.

After filing court papers in Georgia in March, Bowyer indicated her case would be moved to New York. However, Rock's lawyer requested that the matter be taken up in the Georgia court.

Rock and his wife, Malaak, have been married for 10 years and have two young children.