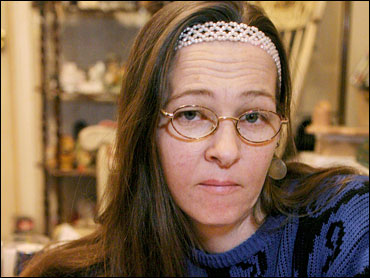 A jury has awarded $2.5 million in damages to a woman who received HIV treatments for almost nine years before discovering she never actually had the virus that causes AIDS.

In her lawsuit against a doctor who treated her, Audrey Serrano said the powerful combination of drugs she took triggered a string of ailments, including depression, chronic fatigue, loss of weight and appetite and inflammation of the intestine.

Serrano, 45, said she cried after hearing the verdict Wednesday in Worcester Superior Court and was gratified that the jury believed her.

Serrano's attorney, David Angueira, said Dr. Kwan Lai, who treated his client at the University of Massachusetts Medical Center in Worcester's HIV clinic, repeatedly failed to order definitive tests even after monitoring of Serrano's treatment did not show the presence of HIV in her blood.

"It is one of the clearest cases of misdiagnosis that I have ever seen and it's based in part on a presumption that people who engage in certain types of conduct are more likely to have HIV and AIDS than other people without really listening to the patient," Angueira said after the verdict.

Lai testified last week that Serrano told her she had worked as a prostitute, her partner had AIDS, and that she had suffered three bouts of a type of pneumonia typically associated with those infected by the virus.

Serrano has denied she had ever been a prostitute. She confirmed that her former boyfriend tested positive for HIV/AIDS, but disputed the claim that she told the doctor that she had suffered bouts of Pneumocystis pneumonia.

Lai testified that she had no reason to question Serrano's original diagnosis at another clinic because Serrano convinced her she had HIV when she took her personal history, and her blood had abnormal amounts of cells used to fight infections.

Hoban argued during the trial that Lai had provided standard care to Serrano.

"Audrey's case clearly demonstrates how inadequate that procedure was," Angueira said. He said his client "is responsible for changing thousands of lives in the future."

The medical center, which was not named in the lawsuit, did not immediately return a message for comment Wednesday night. The institution has denied wrongdoing in the case.

The jury reached its verdict after two days of deliberations, Serrano's attorney said. He said the damages could total about $3.7 million including prejudgment interest.

Serrano filed the lawsuit in 2003 after she became suspicious of her diagnosis and had herself tested at another hospital.