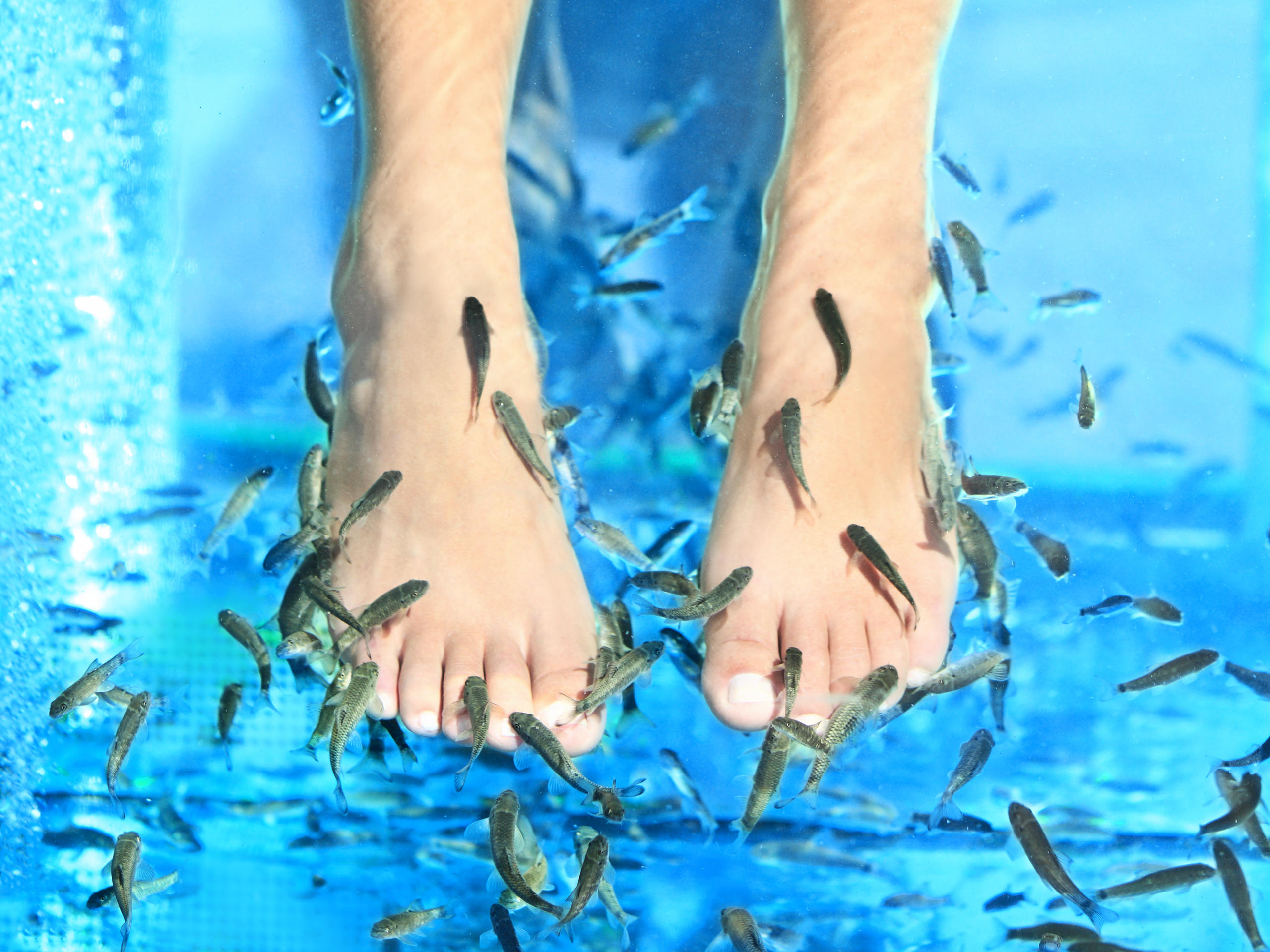 When a young woman noticed her toenails started to separate from her toes, she went to the doctor and received some surprising news: the fish pedicure she had gotten months before was the likely cause.

A fish pedicure involves patrons dipping their feet in a tub full of water filled with small fish called Garra rufa, sometimes referred to as "doctor fish." These fish are omnivores and in their natural habitat ingest plankton, but when there's no plant life around they will eat human skin, nibbling away at calluses and rough cuticles for what's billed as a "natural" beauty treatment.

In a paper published in JAMA Dermatology, the woman's dermatologist Dr. Shari Lipner notes that fish pedicures peaked in popularity about 10 years ago and are still a trend today.

"Their attractiveness was likely due to unfounded claims that the treatment would leave feet smoother and smelling fresher, increase circulation, eliminate fungus and bacteria, and treat psoriasis and eczema," she writes.

According to the Centers for Disease Control and Prevention, in the Middle East where the fish are native, Garra rufa have been used as a treatment for individuals with skin diseases like psoriasis. One study found this method to be effective in treating psoriasis. However, "this treatment was performed in a controlled setting at a medical university in Austria, not at a nail salon," the CDC cautions.

Lipner's patient came to her after experiencing six months of trouble with her toenails. The woman, in her 20s, had reported no pain or previous trauma, no medical issues, no history of major illness or high fever and no vaccinations or use of medications in the past year.

She did, however, have a fish pedicure a few months before she noticed the toenail abnormalities.

Lipner diagnosed the woman with onychomadesis, a condition that occurs when the nail plates separate, ultimately leading to the nail shedding.

Lipner performed a thorough history and clinical examination of the patient and ruled out all other known causes of onychomadesis, which can also occur from wearing high heeled and tight shoes, she said.

"The fish pedicure is the most likely cause of her onychomadesis based on the timing of the pedicure and the clinical presentation of her nails," she told CBS News.

This is the first known instance that the condition has been linked to a fish pedicure.

While the mechanism that caused the patient's onychomadesis is not known, Lipner believes it "may be due to the trauma of the fish on the nail matrix or nail growth center."

In the report, she also notes other potential safety hazards connected to fish pedicures, including the potential transmission of infections, as the tubs and fish cannot be adequately sanitized and the same fish are typically reused for successive patrons.

Currently, more than 10 states in the U.S. have banned the use of fish pedicures for varying reasons, according to the CDC. These range from sanitation concerns to animal cruelty, since the fish must be starved in order to get them to eat skin.

As such, Lipner recommends avoiding them.

"Since the risks outweigh any known benefits of fish pedicures, I would advise my patients to avoid the 'doctor fish' and instead see a board certified dermatologist for skin and nail conditions," she said.