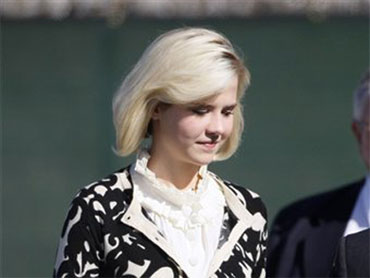 The wrenching saga of Elizabeth Smart's abduction and improbable recovery is showing the first signs of resolution seven years after it began.

On Tuesday, Wanda Eileen Barzee — one of two people charged in the case — will plead guilty to charges of kidnapping and unlawful transportation of a minor in U.S. District Court in Salt Lake City, her attorney Scott Williams told The Associated Press.

Barzee's alleged role in the abduction has garnered less attention than that of her estranged husband, Brian David Mitchell, but her expected plea to the federal charges marks a major step forward in the separate cases that stalled when both defendants were ruled incompetent for trial.

"She'll get a severe sentence-she's eligible for life-and I'm sure that prosecutors will want to talk with her about the role her co-defendant played in the Smart case," said CBS News legal analyst Andrew Cohen. "We'll know how much she's helping by what prosecutors recommend as her sentence."

Smart's abduction at knifepoint from the bedroom of her Salt Lake City home in 2002 riveted the nation as hundreds of people helped search for the blond-haired, blue-eyed girl who loved to play the harp.

Her recovery in March 2003, when she was spotted walking suburban streets with Barzee and Mitchell, was an improbable defiance of the odds.

First charged in state court with multiple felonies, Mitchell and Barzee were both indicted by a federal grand jury in March 2008.

Williams would not comment on why the 63-year-old Barzee was entering the plea. She could face a life sentence for the kidnapping charge and up to 15 years on the second charge.

Ed Smart, Elizabeth's father, said he was asked by prosecutors not to comment on any possible plea.

"What I will say is that we stand behind Brett Tolman, the U.S. attorney, and we are pleased we're moving forward," Smart said.

Melodie Rydalch, a spokeswoman for the U.S. attorney's office, said she could not comment beyond what was contained in the court papers filed Monday.

A decorum order for an expected arraignment issued by U.S. District Judge Dale Kimball said Barzee "will be arraigned and is anticipated to enter into a guilty plea pursuant to an agreement with the United States."

"The big question now is whether she'll testify against her estranged husband or whether he could somehow block her testimony at his trial, which is a long way off because he's still technically deemed to be incompetent to stand trial," Cohen said. "She'd be the best witness for prosecutors if she ends up testifying against Mitchell but a lot of things have to break right for the state in order for that to happen and there is no guarantee that he'll ever get to trial given the issues surrounding his mental competency."

"No issues of competency will be raised in the federal court matter," Williams said.

Barzee's appearance in federal Tuesday will be her first. Her state case is pending.

On Monday, Judge Kimball denied a motion by Mitchell's attorneys to postpone that hearing. The motion was filed after the lawyers learned Barzee had been interviewed by a forensic psychiatrist hired as an expert witness by federal prosecutors.

It's unclear whether prosecutors will question Welner about the Barzee interview or call Barzee herself as a witness during Mitchell's competency hearing.

Judge Kimball also denied a defense request to bar testimony from Welner and experts who had studied religious fundamentalists and — like Mitchell — tie their beliefs and practices to some of the early teachings of The Church of Jesus Christ of Latter-day Saints.

Mitchell is accused of taking Smart as a polygamous wife in order to fulfill a religious prophecy included in a 27-page manifesto he wrote called "The Book of Immanuel David Isaiah."

An excommunicated member of The Church of Jesus Christ of Latter-day Saints, Mitchell was an itinerant street preacher before the June 2002 kidnapping. He dressed in robes and opined about his beliefs in a 27-page manifesto called the Book of Immanuel David Isaiah.

Among other beliefs, Mitchell's writings espouse the practice of polygamy. Smart has testified that Mitchell took her as a plural wife in a quickie religious ceremony at a mountainside camp within hours of her abduction in June 2002, when she was 14.

As part of the competency hearing, Smart said last month that Barzee had washed her feet and dressed her in robes for the wedding ceremony in a mountain camp shortly after the abduction.

Smart said she was raped daily by Mitchell throughout her nine months of captivity. She said he threatened to harm her if she ever tried to escape.