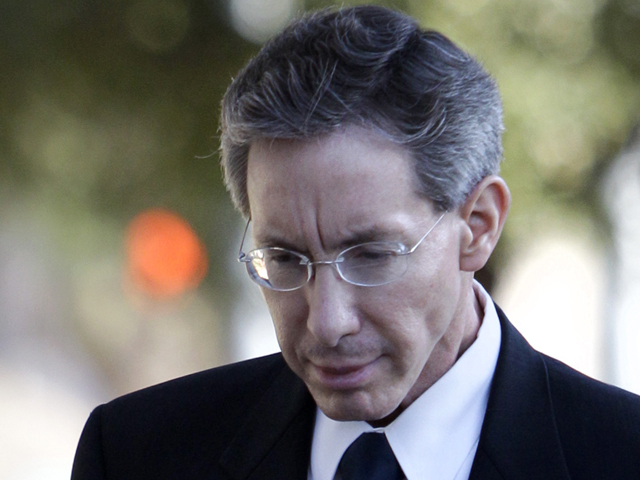 (CBS/AP) SALT LAKE CITY - Utah Authorities said Wednesday they have helped a woman who was reportedly one of Warren Jeffs' 70 wives leave the polygamous community run by the jailed sect leader.

Media outlets including the Salt Lake Tribune reported the woman was one of Jeffs' many wives. Sheriff's Detective Nate Abbott said he did not know whether the woman was married to Jeffs.

The 55-year-old Jeffs, whom followers consider a religious prophet, is serving a life sentence in Texas for child sexual assault convictions.

The 25-year-old woman sought assistance from police on Monday after leaving a home in Colorado City, Arizona, Abbott said. She sought help at the Hildale, Utah residence of Willie Jessop, a former spokesman for Fundamentalist Church of Jesus Christ of Latter Day Saints (FLDS) who no longer follows Jeffs.

Jessop told The Associated Press that he contacted authorities on the woman's behalf, but declined to provide other details about the incident.

"She came to me under duress for some help," he said Wednesday. "We've got her help. She's deciding what she wants to do and how we can help facilitate that. One hundred percent of the focus now is on whatever is in her best interests."

Authorities did not release the woman's name Wednesday.

Colorado City and its sister community of Hildale are the home base of Jeffs' church. The FLDS sect, which has about 10,000 members, practices polygamy in arranged marriages that have sometimes involved underage girls.

Leaving the devout, insular community has historically been difficult for church members in part because it essentially severs all ties with family and friends.

Jeffs' conviction stemmed from family and church records gathered by authorities during a 2008 raid on a church ranch in Eldorado, Texas. Authorities went to the ranch after a domestic violence hotline got a call from a woman claiming to need help leaving the FLDS after being abused. Authorities later said the woman did not appear to have any connection to the church.

On Monday, officers from both the Washington County Sheriff's Office and the Colorado City Town Marshal's office both responded to a "keep the peace" call, but there "was no confrontation," Abbott said.

Washington County Attorney Brock Belnap said his office will investigate the incident and will file criminal charges if it is warranted.