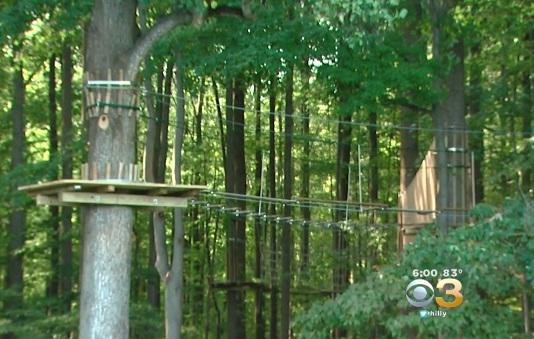 Officials said that around 2:37 p.m., crews were on the scene at Lums Pond State Park responding to a call of a person falling from a zip line

A 58-year-old woman was taken to Christiana Hospital with critical injuries and ultimately died as a result of them, officials said.

The zip line is run by a company called Go Ape, which is headquartered in Maryland.

The cause of the fall is still under investigation.