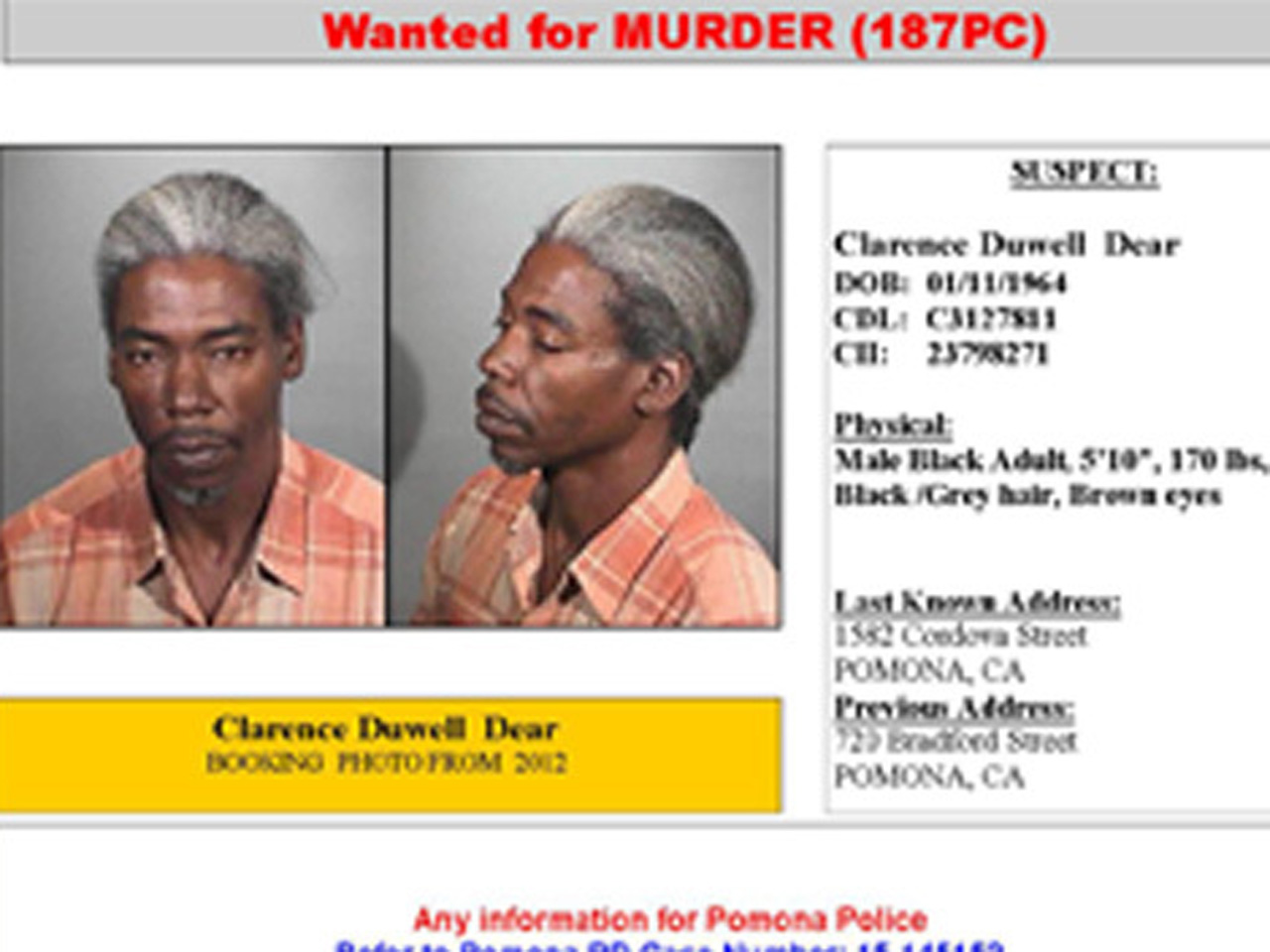 POMONA, Calif. -- Police are investigating the death of a woman in Pomona who was found set ablaze, CBS Los Angeles reports.

Authorities were called to the 1500 block of Cordova Street in regards to an assault just after 1:40 p.m. on Christmas.

A female adult was located and transported to Pomona Valley Hospital Medical Center with severe burns. She was later pronounced deceased.

The incident is currently under investigation by the Pomona Police Homicide Bureau.

Late Friday, police said the victim was a 41-year-old woman. They were withholding her identity until her next of kin could be notified.

Police also named 51-year-old Clarence Duell Dear, a Pomona resident, as a suspect in her death.

A preliminary investigation revealed Dear and the victim allegedly got into a heated argument, possibly a domestic dispute. Authorities said the suspect chased the victim, threw gasoline or some kind of flammable liquid on her and then ignited a fire, perhaps with a lit cigarette.

Dear is described as a black male, about 5 feet 10 inches tall and 170 pounds. He has black/grey hair and brown eyes.