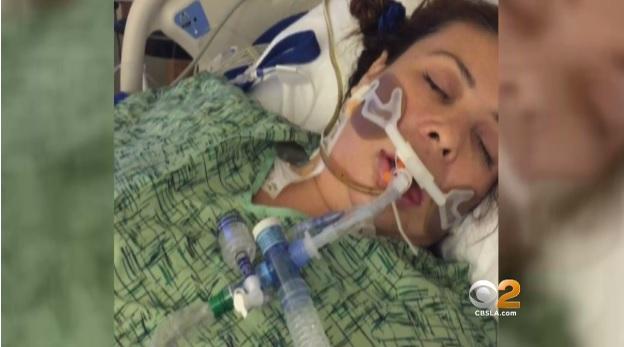 DOWNEY, Calif. -- A Los Angeles woman who traveled to Mexico for liposuction surgery and went into a coma has died, according to her family.

51-year-old Irma Saenz liked to look nice, something she made time for even though she took care of her 99-year-old mother, according to Irma's niece, Nora, told CBS Los Angeles.

"It's sad. The one time she did something for herself she paid a high price," Nora said.

The station reports that Irma's family had no idea she'd gone to Tijuana last month for liposuction until they got a call she was in a coma following complications.

"We see TV shows where surgeries get botched but it's just something we didn't expect to experience first hand," said Nora.

The family brought Irma back to the U.S. where she died Saturday in a San Diego hospital.

The family wants to know what happened in Tijuana but says they're having trouble getting answers.

"It was very hard especially because you didn't recognize her because her face was very swollen and the only way to tell it was her was by the feet," said Irma's sister Carmen Quintana.

Now the family is warning people who are looking to save money in Mexico to be careful.

"It's not worth it. It wasn't worth it for my sister," said Carmen.

"You see a lot of people getting their bodies redone. Mommy makeovers, what have you," said Nora. "And people that don't have the financial backing are looking for a way of getting it done at a cheaper cost and I think that's what my aunt did."

The family has set up a GoFundMe site to help pay for medical and funeral expenses.