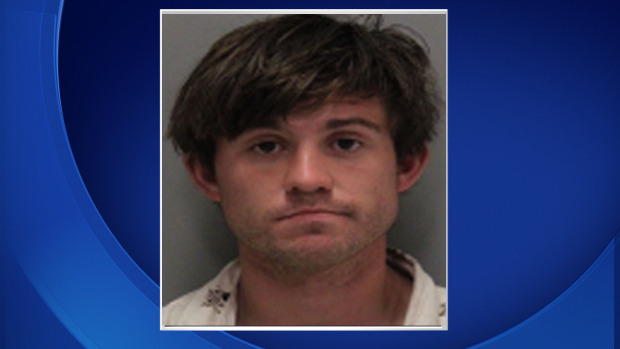 MOUNTAIN VIEW, Calif. - A San Francisco Bay area woman crashed a vehicle on a freeway to escape from her kidnapper, after he choked and threatened to kill her, police and the woman said.

The woman, identified by KTVU as Daniela Alvarez, 19, was in the driveway of her San Jose home on Sunday when the man approached her and convinced her to drive him in his own vehicle to his home in Mountain View, according to the station. He said he was in the U.S. Army, had just been pulled over with a suspended license and needed a ride.

Alvarez said she agreed, and they eventually ended up at what the suspect said was his father's house.

The kidnapper, later identified as 23-year-old Kenneth Middlebrook, "snapped" after discovering no one was at home and started choking Alvarez and ordered her to get into the trunk of the car, she said.

Alvarez said she then convinced Middlebrook to let her drive, and that she hit purposely struck another car in Mountain View to try to get away. Though Middlebrook threatened to kill her if she pulled over, Alvarez said she ran out and approached the other driver shaking and crying.

The man called police, and Middlebrook drove off, police said.

But, they say, he entered another woman's home Sunday night and also forced her to drive him around for hours in the San Francisco Bay Area before getting out of the vehicle in Ione, about 100 miles northeast of San Francisco, where he was located and detained by police.

Mountain View police arrested Middlebrook on Monday in connection with both cases. He was taken into custody on suspicion of two counts of kidnapping, two counts of robbery and one count of battery, reports CBS San Francisco.

Neither woman was seriously injured in the incidents, according to the station.