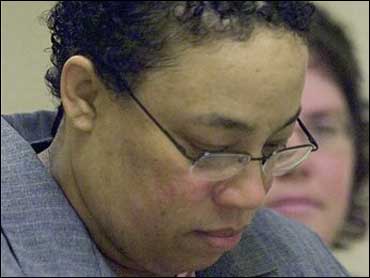 A woman accused of killing and dismembering her former lover's friend with a chainsaw was convicted Thursday of murder and could become South Dakota's first woman to face the death penalty.

Daphne Wright, 43, cried as the verdict was read.

The same jury that found her guilty will consider whether to sentence her to death by lethal injection.

Prosecutors said Wright was jealous of Darlene VanderGiesen, 42, because of her friendship with Wright's former lover. They said the jealousy turned to rage that drove Wright to kidnap VanderGiesen, kill her, cut apart the body with a chainsaw and burn it in February 2006.

All three women were deaf and knew each other through the deaf community.

"This is not a game. This is real life. And Darlene VanderGiesen is really dead," State Attorney Dave Nelson said.