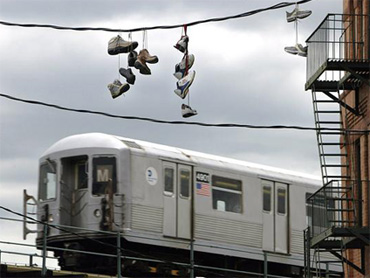 NEW YORK - A woman was stabbed in the face with a pen on a New York City subway train after she tried to stop a man from lighting a cigarette.

The assault occurred on a crowded No. 3 train near the Chambers Street station during Tuesday's morning rush. Smoking is not allowed on the trains.

Witnesses told the Daily News and the New York Post that an argument quickly escalated when Evelyn Seeger asked the man not to smoke. The witnesses say two riders were trying to restrain the man when he pulled out a pen and slashed Seeger's face.

Seeger was treated at a hospital and released.

Police charged the man with felony assault and criminal possession of a weapon.