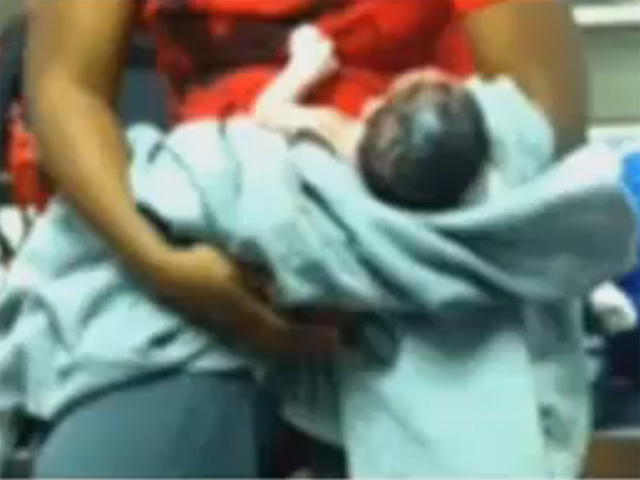 PHILADELPHIA -- There was a brand new baby on board a Philadelphia subway car Tuesday when a woman apparently gave birth while riding the train, CBS Philly reported.

Southeastern Pennsylvania Transportation Authority (SEPTA) officers said the woman approached them at the Olney station on the Broad Street Subway line and told them she had delivered a baby aboard a northbound train.

In her arms was a baby boy, whose umbilical cord was still attached.

The woman had been on her way to an appointment with her doctor when the surprise delivery occurred.

SEPTA Police Officer Loyd Rodgers wrapped the infant in a blanket and called for medics. Rodgers told CBS Philly that all activity in the station came to a halt, with riders snapping pictures and shouting "congratulations" to the new mom.

"It was a celebration, a real celebration," said Rodgers, who described the mother and her baby as being very calm.

The baby and his mother were transported to nearby Einstein Medical Center, where they are in good condition.