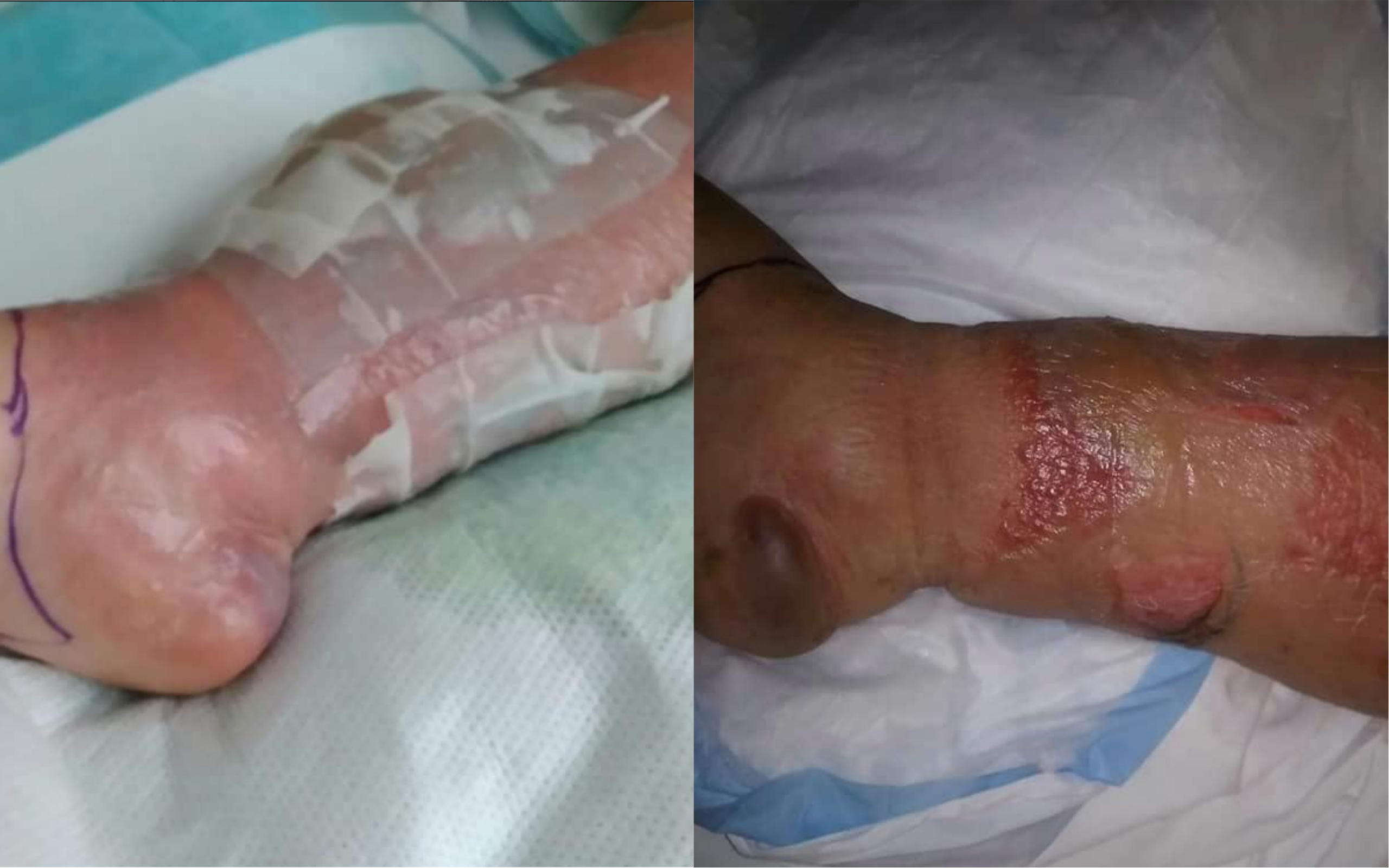 A North Carolina woman is warning others about a salon procedure that she says almost caused her to lose a leg. Tracy Lynn Martinez said after getting a pedicure at a local salon, she suffered a serious infection in her foot, that she says was caused by a callus cutter.

"I just wanted to share my story to save someone from going [through] what I'm going through or even death," Martinez wrote on Facebook. She says she went to a "grade A salon" in Winston Salem, which she believed was very clean. "The whirlpool baths have the disposable bags, and they bring the new fresh tools in a new bag," she says, "but also bring a nice bacteria infected callus cutter too."

Martinez got the pedicure on June 22 and by June 23, she says she was suffering major chills. She was nauseous and vomiting and tried to sleep off what she thought was a cold. But on June 24, her walking was off balance, her leg was huge and she had no strength.

"I am ambulance to the Emergency Room to find out I am toxic and have a serious case of cellulitis caused by a strep infection in my blood stream caused by the scrapes on the outside of my heel from the the callus cutter," she wrote in her cautionary Facebook post. Martinez got two cuts on her heel from the callus cutter, but thought nothing of it at first, WFMY reports.

"I have been through hell, pain, shock, all of it.... But I want to raise awareness," Martinez wrote. Martinez did not share the name of the salon, but wants others to learn from her experience, urging others to "Say NO to the callus cutters/shavers."

Martinez says the tools are actually not permitted in North Carolina salons, which she found out after the fact. "There is no way to properly disinfect this tool to continually [use] on people. I no longer recommend pedicures but definitely say NO to these callus shavers if you do go!" she wrote.

Cellulitis is an infection caused when bacteria enters a crack or break in the skin, according to the Mayo Clinic. Emolytic streptococcus, streptococcus pneumoniae, and staphylococcus aureus are the most common bacterias to cause the infection.

Martinez says after a two-week stay in the hospital, she is still recovering and will be on medication for the next three months. The 35-year-old says she has to wear compression stockings for life to protect the leg from another infection. She will also be on another medication for the rest of her life.

According to North Carolina Board of Cosmetics, callus scrapers are prohibited at salons in the state, and if you see one being used, you can file a report.