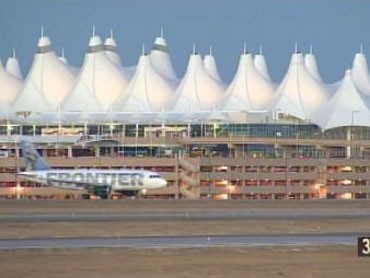 (CBS/KCNC) DENVER - Denver police say they have a man in custody following an apparent sex assault inside Concourse A of Denver International Airport.

The incident happened at about 1 a.m. Tuesday, a time when the airport is relatively empty.

Police say Alexander Bertrand, 26, and the 22-year-old victim spent time at a restaurant in the concourse. After she left, police say Bertrand forced himself on her and assaulted her.

According to CBS affiliate KCNC, airport workers apparently saw what was happening and held Bertrand until police arrived and arrested him.

Bertrand is being held at the Denver Jail and faces tentative charges of felony assault and assault. He was scheduled to be in court Wednesday morning.

Authorities told KCNC that they are not releasing a mug shot of the suspect because they might be doing lineups as part of their investigation.

Police said the victim was hospitalized, but it isn't clear how badly she was hurt.

A woman who says she is the victim in the case told another Denver station she was released from the hospital during the day on Tuesday and is very concerned about the safety at the airport.

Airport spokeswoman Laura Coale told the other station that the airport was investigating whether any employees failed to report the attack.