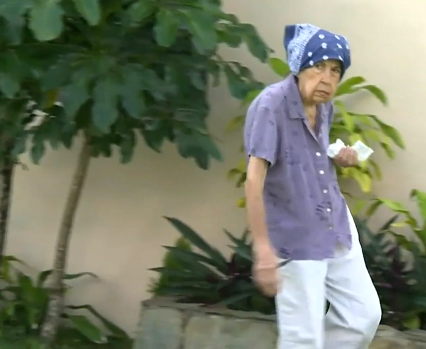 MIAMI -- An 88-year-old woman opened fire at an intruder trying to break into her home Tuesday night, CBS Miami reports.

A detective told the station that it was after 10 p.m on Tuesday when Arlene Theresa Orms heard someone trying to get into her home by jiggling the lock of her front door. A burglar then kicked the door open.

That's when Orms used her .25-caliber Beretta handgun and fired a shot.

It's not known if that burglar was struck, or whether he was working alone or with an accomplice. But he fled the scene without stealing anything.

"Well that was awesome," said one of the victim's neighbors, Gladys Betancourt.

Neighbors say she has lived alone in the home since her husband died in 1993. Authorities said Orms' weapon has been taken as evidence but that it will be returned. Police are also stepping up patrols in the area, according to CBS Miami.

Anyone with information that might help Miami Police is asked to call Miami-Dade Crime Stoppers at (305) 471-TIPS (8477).