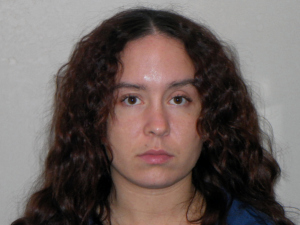 DETROIT - A 25-year-old woman has been sentenced to life in prison without parole for killing a 71-year-old Detroit woman who rescued her from homelessness as a child.

Authorities say Alvarez killed Margaret Theut 17 years after she rescued the 8-year-old girl and her brother from homelessness.

Authorities say the killing was part of a plan to steal thousands of dollars Theut had saved to donate to charity. They say Alvarez dumped Theut's body on the outskirts of the same park where as a child she once stayed with her brother and grandparents when they had no where else to go.

Theut was a retired General Motors secretary who lived for years in a neighborhood two blocks from sprawling Rouge Park. She would sometimes take care of her neighbor’s two kids, Alvarez and her older brother Jesus. When the children’s mother died of breast cancer, Theut adopted Jesus and Alvarez was adopted by a great-aunt that lived nearby. The two women raised the children together, according to The Detroit News.

The paper reports Alvarez’ criminal record includes a conviction for stealing money from the Taco Bell she managed in 2011. She was then put on probation and it was during that time she allegedly planned Theut's murder.