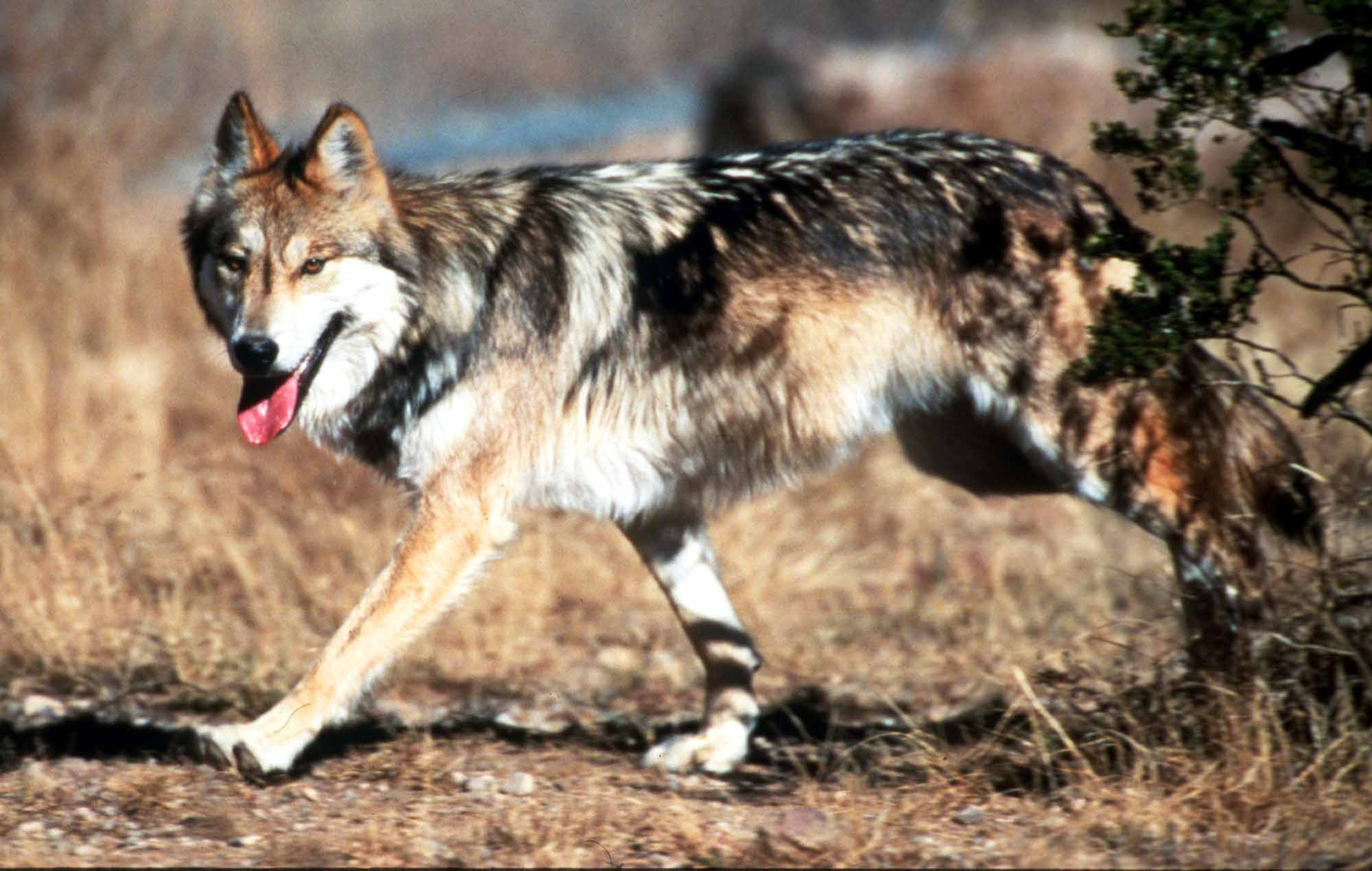 FLAGSTAFF, Ariz. - Mexican gray wolves will be able to roam a greatly expanded area in the Southwest under the first major changes to a reintroduction program that has stumbled through legal battles, illegal shootings and politics.

The wolves currently roam about 7 million acres of federal, tribal and private land in far eastern Arizona and western New Mexico. Up to 325 of the animals eventually will be allowed to disperse south of Interstate 40 to the U.S.-Mexico border in both states, and the number of release sites will grow, the U.S. Fish and Wildlife Service said Monday.

"This larger geography really provides us with the opportunity to get a more genetically robust population," said Benjamin Tuggle, head of the U.S. Fish and Wildlife Service's Southwest Region.

Conservation groups had mixed reactions to the announcement and vowed to sue over the changes. They said the changes allow for fresh DNA in the wild to prevent wolves from inbreeding and the animals could establish territories outside of the recovery area. However, some were worried the predators would be subject to killings and the target population of between 300 and 325 doesn't allow for a reasonable chance of recovery.

The Fish and Wildlife Service faced a Monday deadline to revise the reintroduction program under a settlement reached with the Tucson-based Center for Biological Diversity.

"It has been a frustratingly long process, and it's really a pity that science appears to have been abandoned in the final management rule," said the group's Michael Robinson.

The federal government began reintroducing wolves along the Arizona-New Mexico border in 1998. Biologists had predicted a self-sustaining wild population of 100 wolves by 2006 but came up short. The last count in January 2014 showed at least 83 wolves in the wild in the two states.

Ranchers and community leaders in rural areas have opposed expansion efforts, saying wolves that don't find deer or elk to feed on could turn to livestock and domestic animals instead.

Under the Fish and Wildlife proposal, livestock owners could kill any wolf that is biting, wounding or killing livestock on federal land. Pet owners could do the same. Tribal officials could request that any wolf on American Indian land be removed without reason. The animals would have to be proved problematic elsewhere to warrant removal, Tuggle said.

The agency also announced Monday that Mexican gray wolves will be listed as an endangered subspecies. Environmentalists sought the listing in 2009.

Environmental groups sued the Fish and Wildlife Service last year for not crafting and implementing a valid recovery plan with measurable goals. The Arizona Game and Fish Department has also threatened to sue over the lack of a recovery plan.

Tuggle said the reintroduction program would help guide the recovery plan but didn't say when it would be completed.

"We're eager to start that process," he said. "We just got out of this process and we want to make sure we get a good, strong start with our partners and explaining the nuances with our new rule."