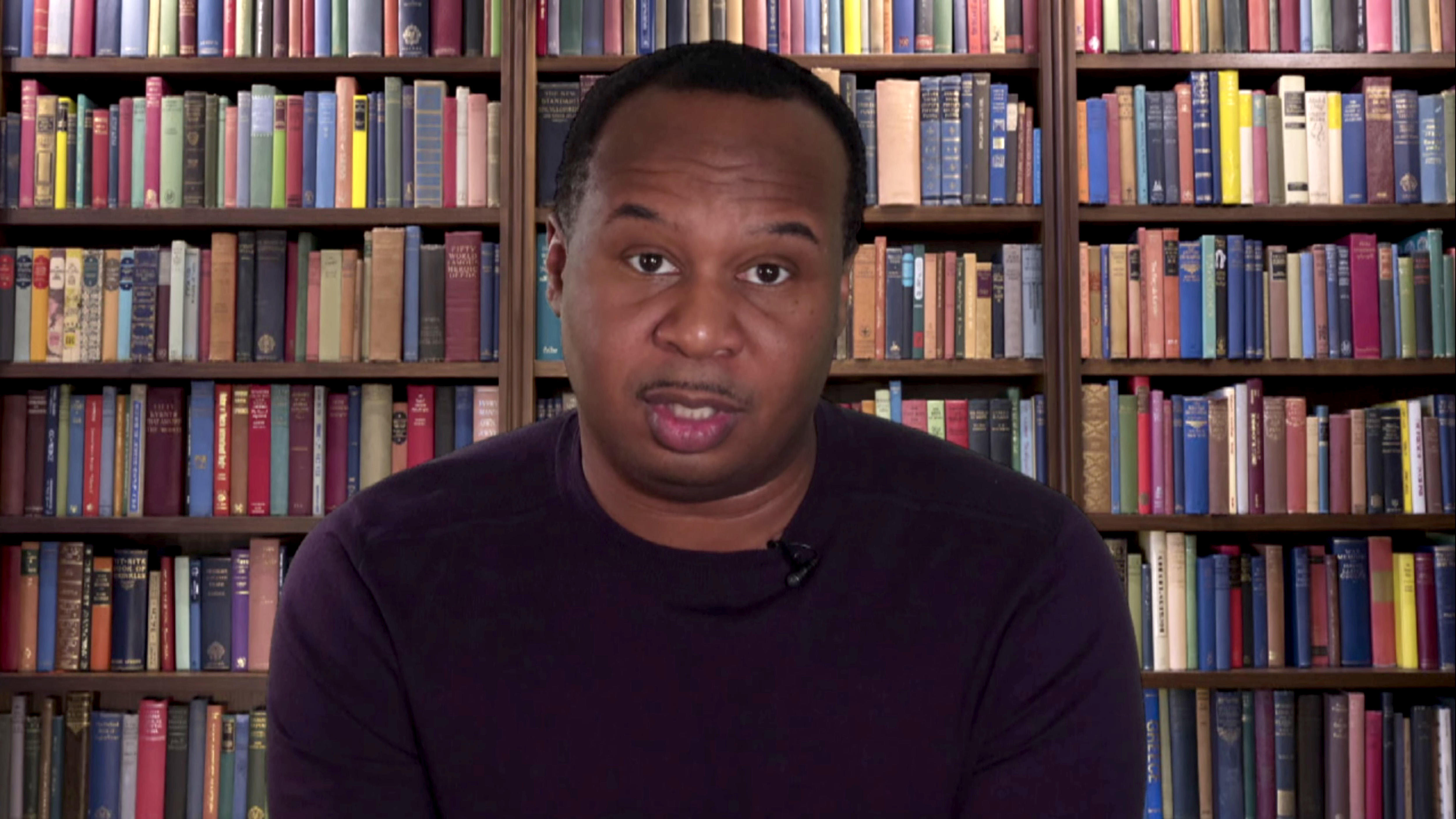 The problem with political discourse today is that the parties can't even agree on the facts, opines comedian Roy Wood Jr., a longtime correspondent for "The Daily Show."

"Politics is very much like sports...if we can't both agree that it was a fumble, we can't even talk about whether or not it was a good game," Wood said. "You feel like sometimes you're arguing with a bunch of referees when it comes to politics in this country." He talked with CBS News chief Washington correspondent Major Garrett for this week's episode of "The Takeout" podcast.

Wood also takes issue with the linguistic evolution of the word "woke" and how it's been "weaponized" by figures on the right to represent anything they disagree with.

"The word has been generalized now," Wood said. "To me, woke just means someone who cares. Your eyes are open."

The word "woke," like the term "cancel culture," has its roots in Black culture, but has been used by many on the right to become a derisive catchall phrase for left-wing ideology. Wood mocked the use of the phrase "the woke left."

"It's like decency has somehow been assigned to a particular party," Wood said. Advocating against police brutality, for example, is not "woke," Wood argued. It's decency.

"I don't like the way the word is thrown around," Wood said. "It's the same way that Black Lives Matter was rolled into this burrito to include outside agitators that do not represent that group, that have never represented that group, that employ tactics that Black Lives Matter have never endorsed, in fact they've publicly denounced. It's a strategy to continue groupthink against things that in my opinion can make the world a better place."

Wood also said that conflating Black Lives Matter and antifa removed the nuance from discussions about racism and discrimination.

"The voting laws in Georgia, and what's happening there, that's going to hurt White people too," he said, referring to a recent Georgia law that has been criticized for including provisions that voting rights groups believe will make more difficult for some minorities and poorer voters to cast a ballot.

For more of Major's conversation with Wood, download "The Takeout" podcast on Art19, iTunes, Spotify, Google Podcasts, and Stitcher. New episodes are available every Friday morning. Also, you can watch "The Takeout" on CBSN Friday at 5pm, 9pm, and 12am ET and Saturday at 1pm, 9pm, and 12am ET. For a full archive of "The Takeout" episodes, visit www.takeoutpodcast.com. And you can listen to "The Takeout" on select CBS News Radio affiliates (check your local listings).
Producers: Arden Farhi, Jamie Benson, Sara Cook and Eleanor Watson
CBSN Production: Eric Soussanin, Julia Boccagno and Grace Segers
Show email: TakeoutPodcast@cbsnews.com
Twitter: @TakeoutPodcast
Instagram: @TakeoutPodcast
Facebook: Facebook.com/TakeoutPodcast