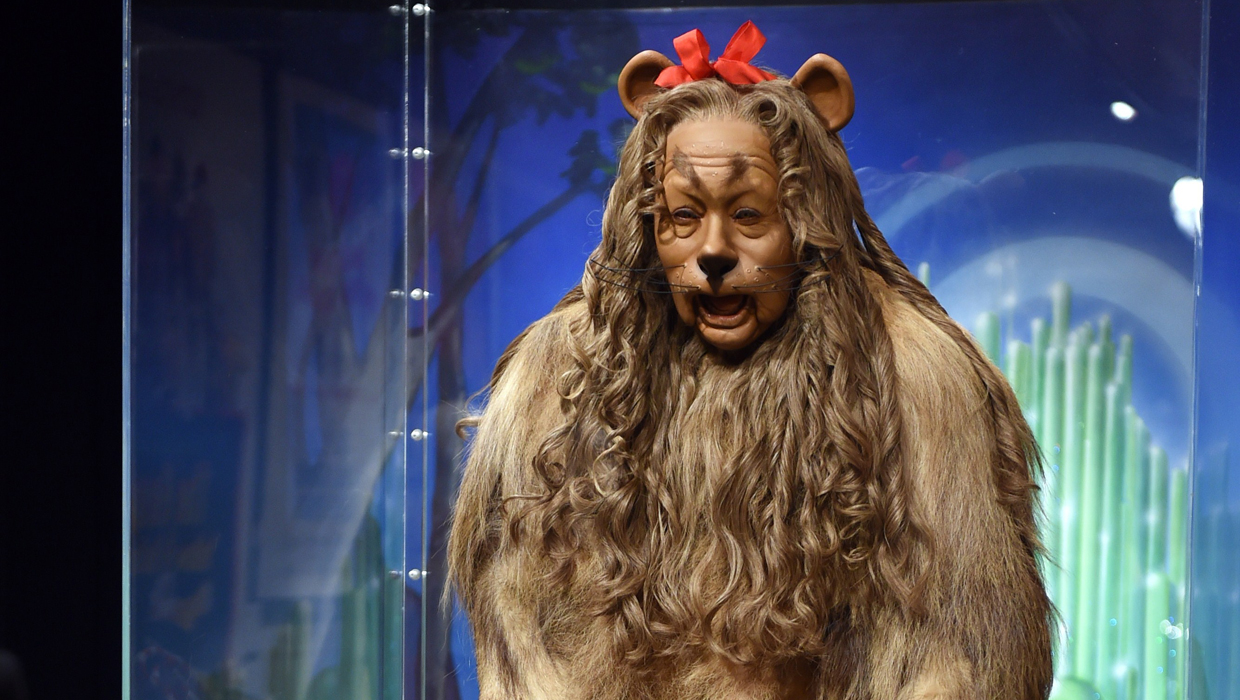 Bert Lahr's Cowardly Lion costume from the classic film "The Wizard of Oz" has sold for more than $3 million at a New York City auction.

The costume -- made from real lion skin and fur -- had been authenticated as the one Lahr wore in the 1939 film, and its face is a sculpted likeness of the late actor.

It sold at an auction of Hollywood items at Bonhams on Monday. At that same auction, the piano from 1942's "Casablanca" -- the one Dooley Wilson's Sam uses to play "As Time Goes By" after Humphrey Bogart's Rick implores him to "play it!" -- also sold for $3.4 million.

A spokesman for the Cowardly Lion costume owner James Comisar says a secondary costume used in the film was sold at auction in recent years for close to $1 million.

Comisar has a trove of TV memorabilia from shows including "I Love Lucy" and "Lost." He has said he plans to use money from the costume sale to exhibit his collection.