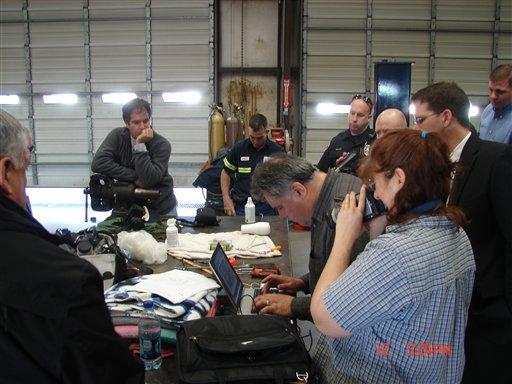 The woman who introduced Scott Peterson to his mistress testified Wednesday that when she first met him, Peterson never mentioned he was married and told her he had "lost" his first love.

Peterson then turned the conversation to sex, Shawn Sibley testified.

"We'd be talking about something else and he'd bring up sex," she said. "He did ask me my sexual preferences ... sexual positions ... but he was kind of joking."

Prosecutors claim it was that affair that drove him to murder his pregnant wife, Laci, around Christmas Eve 2002.

Sibley said that when she met Peterson at an agriculture conference about two months earlier, he told her he was looking for a long-term relationship.

She said that after she learned that Peterson was married, he initially denied it but later told her: "'I had been married. I lost my wife."'

The trial was recessed shortly before lunch Wednesday and will not resume until Tuesday.

Prosecutors allege Peterson, 31, murdered Laci, then weighted her body down with concrete anchors and dumped her in San Francisco Bay. Scott Peterson was arrested four months after she vanished, when the partial remains of Laci Peterson and her fetus washed ashore two miles from where he said he was fishing.

Defense lawyers say someone else abducted Laci Peterson near their Modesto home as she walked the dog, and held her captive before killing her and dumping her body after hearing Peterson's fishing alibi to frame him.

In testimony on Tuesday, detective Brocchini said Peterson talked to a friend nine years ago about how he would dispose of a body if he killed someone, saying he would weight the body down and dump it in the ocean so the fish would eat it.

"He said he would tie a bag around the neck with duct tape," weight the body down and toss it into the ocean and "fish activity would eat away the neck and hands and the body would float up, no fingers, no teeth," making it impossible to identify, Brocchini said.