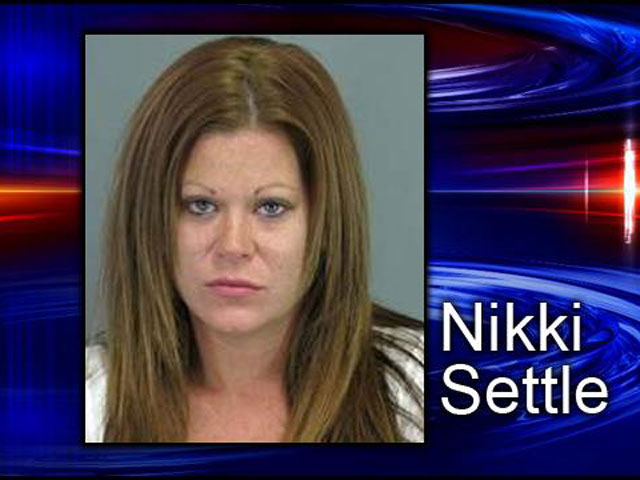 (CBS/AP) SPARTANBURG, S.C. - Spartenburg police say a  woman in South Carolina crashed her car while driving under the influence. She then tried to throw her 4-year-old son over a fence while fleeing the scene, according to a witness.

Nikki Settle, 25, was charged with one count of neglect of a child or helpless person, driving under suspension, hitting fixtures and failing to report, DUI greater than 0.16 percent second offense and child endangerment, reports WHNS.

Investigators say 25-year-old Nikki Settle was driving under the influence around 10 p.m. Wednesday when she crashed her car on Interstate 26.

A witness says she then saw Settle cross the highway and walk up a hill with her son and try to throw the boy over, according to WHNS, a 10-feet-tall fence. She talked Settle out of hurting her son until deputies could arrive.

Authorities say the boy was then turned over to his grandmother.

Settle was banned from driving and ordered to wear an alcohol and drug monitor, WHNS reports.