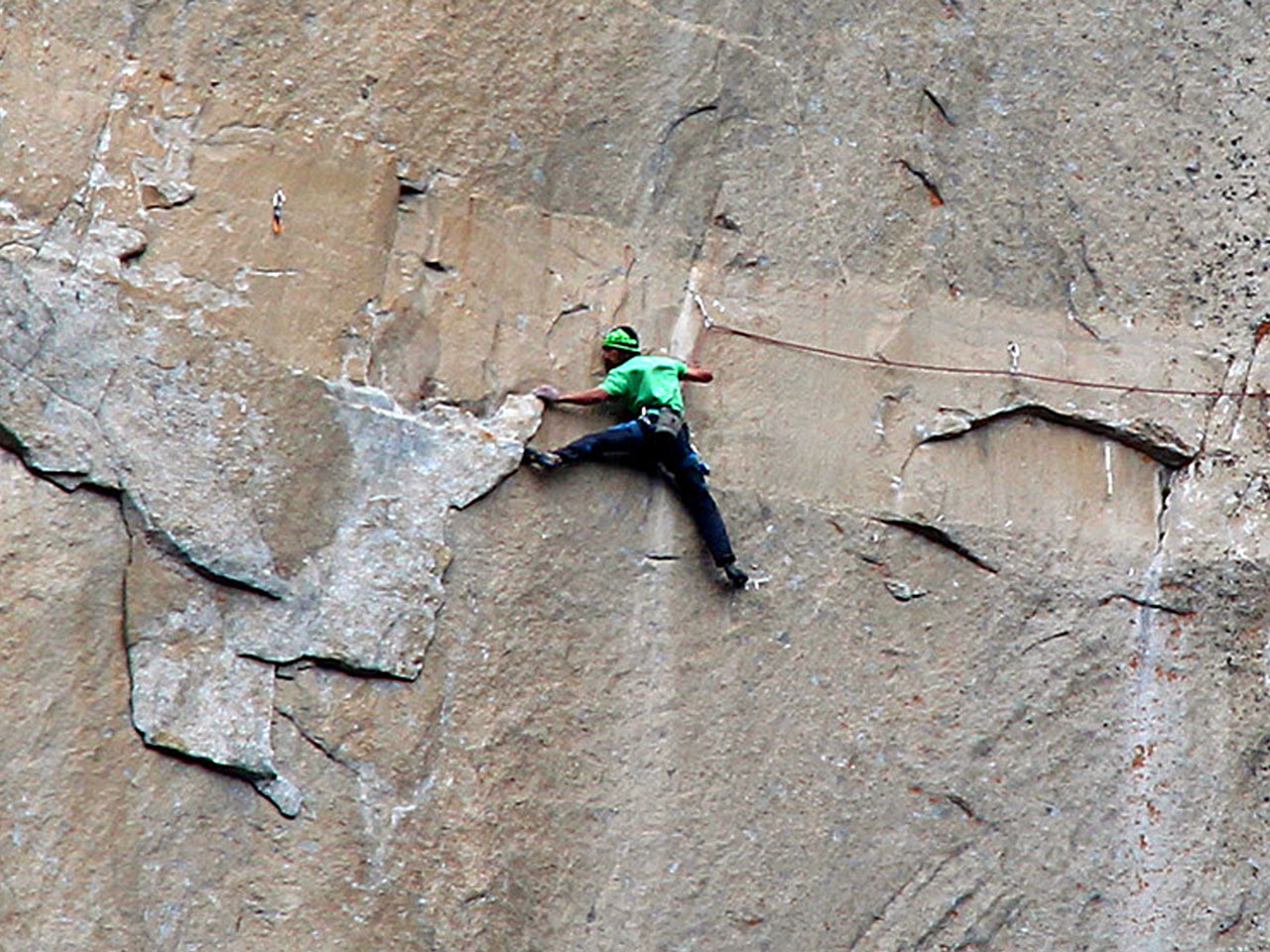 YOSEMITE NATIONAL PARK, California - The stark beauty of El Capitan always seizes the gaze of sightseers in Yosemite Valley. But it's two small dots on the granite wall that are the focus of attention now.

Climbers Kevin Jorgeson and Tommy Caldwell are within reach of the summit, near the end of a climb long thought impossible. They have been inching their way up a 3,000 foot wall, without any climbing tools.

"They're basically on the side of three Empire State Buildings, holding onto things that are as big as a fingernail," said photographer Tom Evans, who has been following the climbers as they make their way up the Dawn Wall, the toughest slope of El Capitan.

Jorgeson and Caldwell are clinging to the wall with only their fingers and toes, using no equipment other than safety ropes to stop a fall.

The climbing world is following it all on social media. Jorgeson got past one of the most difficult stretches after falling 11 times in seven days. In video posted from the climb, Jorgeson showed the toll it's taking on his fingers.

"I got some flappers, but it's all worth it," he says in the video, showing his bruised and bloody fingertips.

In the meadow below El Capitan, Caldwell's wife Becca is watching with their young son Fitz. Asked what it's like to have the father of her child hanging by his fingertips, she replied: "That's Tommy."

"That's what he does," she added. "So it's kind of become our norm, as abnormal as that sounds."

Caldwell and Jorgeson spent seven years working out a way to conquer the Dawn Wall with only safety equipment.

"I've been up on the wall," said Becca Caldwell, who is a climber herself. "I know how safe things are and I know how Tommy functions on the wall, and so I trust him. I know he's going to be careful.

But if nothing bad happens in the next 24 hours or so, the two climbers are likely to make it to the top, and 18-day journey to become legends in the climbing lore of El Capitan.