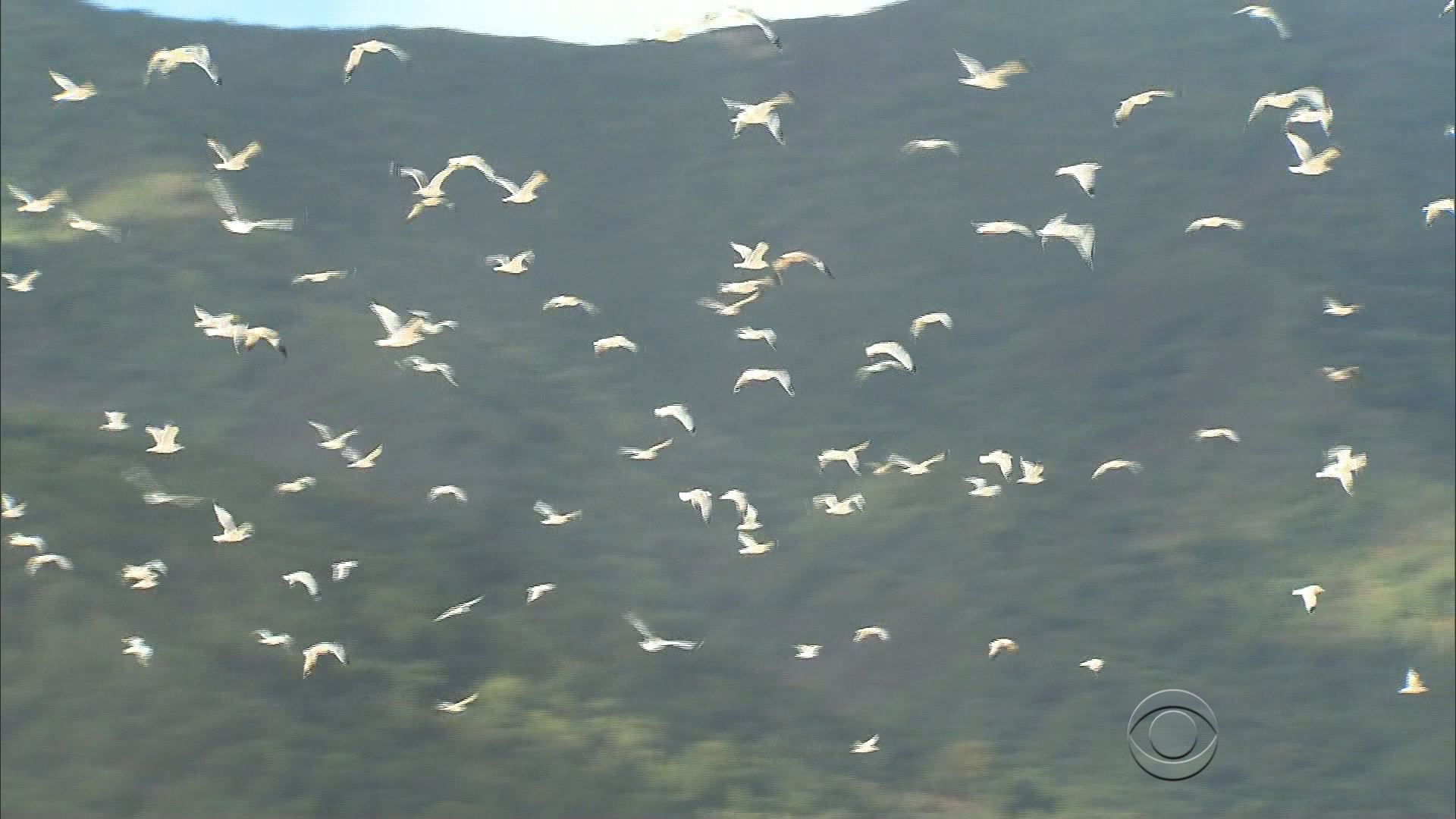 SAN JOSE, Calif. - It's natural to see California gulls by San Francisco Bay. Bot not in the numbers seen today.

"It's just an absolutely amazing increase, from 20- to over 53,000," said Catherine Burns, executive director of San Francisco Bay Bird Observatory. "It is still growing, absolutely."

Burns cites all the available food in the Bay Area. And like the people moving to California, all the gulls are now moving there as well.

"The word is out!" Burns told CBS News. "They've discovered the Bay Area."

Pilots are discovering the gulls, too. A radio call from last Novermber: "Eleven-eighteen--just hit a bird and declaring an emergency--returning to San Jose."

The gulls eat just about anything.

"The seagulls are incredibly smart and well organized -- believe it or not," King said.

Using flares, they frighten the gulls away. On the ground, they use dogs. And in the air, they employ falcons to keep gulls from congregating. It costs this one dump $300,000 a year to control the gulls.

"They're pretty determined," King said. "But so are we."

So far it's a stalemate with scientists unable to say whether it's climate change, or a shortage of predators or just plentiful food helping the gull population explode.

CBS Weekend News, May 21, 2022
Thanks for reading CBS NEWS.
Create your free account or log in
for more features.
View CBS News In
CBS News App Open
Chrome Safari Continue
Be the first to know
Get browser notifications for breaking news, live events, and exclusive reporting.