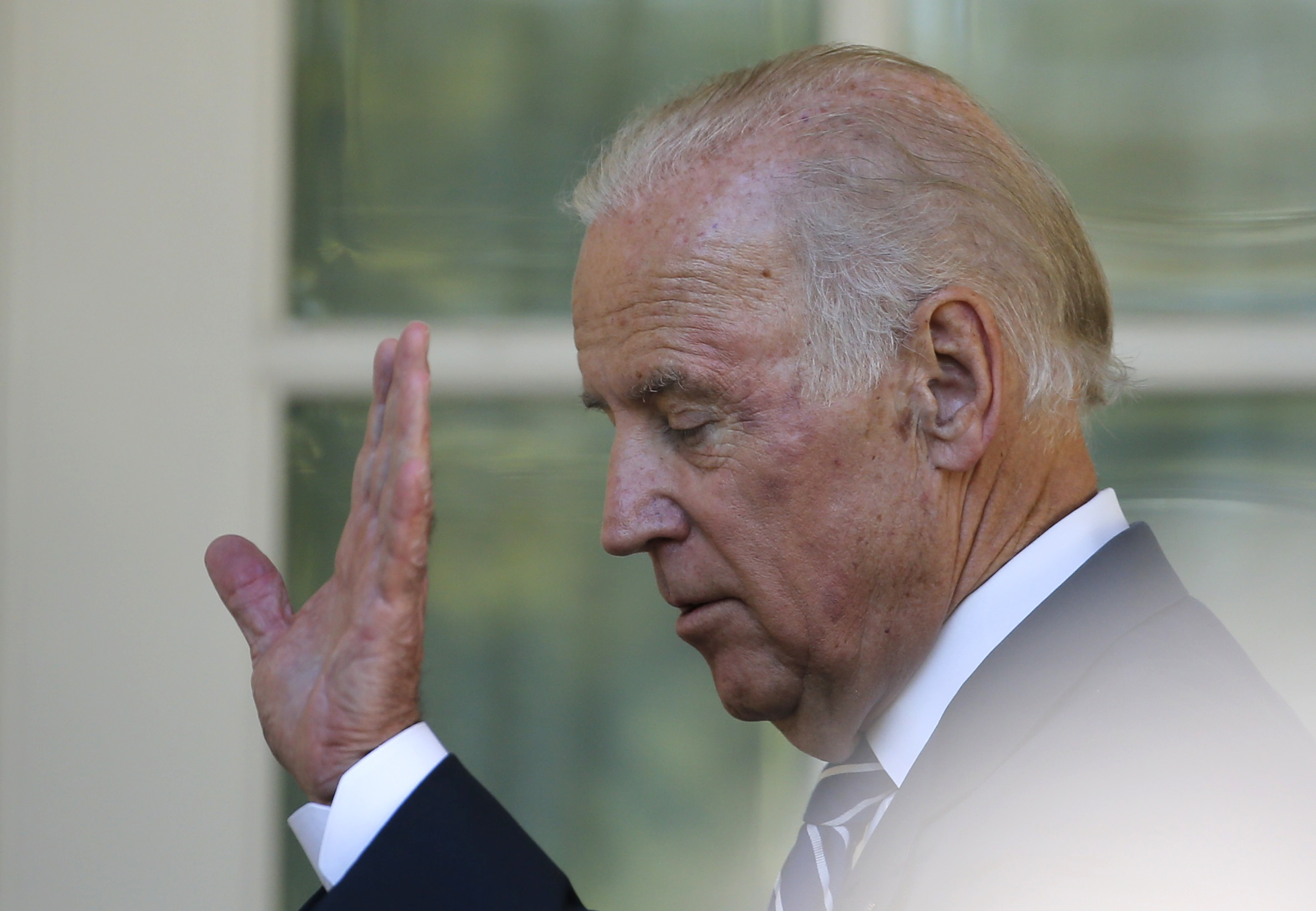 Vice President Joe Biden announced Wednesday that he would not seek the Democratic presidential nomination, to the delight of current Republican front-runner Donald Trump.

Trump applauded Biden on Twitter for making the "correct decision" and took a jab at Clinton in the process:

Another Republican candidate surging in the polls, retired neurosurgeon Ben Carson, pointed to Biden bowing out as another sign that Clinton would inevitably become the Democratic nominee.

"He has to do what he feels is right in his heart," Carson told reporters during a book tour stop in Oklahoma City. But, he said, "It pretty much guarantees that Hillary will be the person that we're running against."

When pressed about the chances of Vermont Sen. Bernie Sanders, who is slowly gaining on Clinton in national polls, Carson reiterated that Biden's decision "pretty much guarantees that Hillary will be the one we're running against."

The Republican National Committee chair Reince Priebus called Biden's choice "a major blow for Democrats." The party, according to Priebus, would now "almost certainly be saddled with their unpopular and scandal plagued front-runner Hillary Clinton."

"Vice President Biden was the most formidable general election candidate the Democrat Party could have fielded, and his decision not to challenge Hillary Clinton greatly improves our chances of taking back the White House," the RNC chair said in a statement. "With each revelation about her growing email scandal or conflicts of interest at her State Department, Hillary Clinton is getting more beatable by the day."

Democrats had kind words for Biden, though they came without the biting remarks for Clinton.

President Obama, who had served as a "sounding board" in the lead-up to the announcement, gave his support to Biden, and said the road ahead would be easier with the vice president by his side.

Democratic National Committee Chair Debbie Wasserman Schultz said that she appreciated Biden's consideration for 2016, and that despite the fact that he would forgo the race, Biden's "unwavering commitment to America's working families is a legacy each of our candidates will proudly carry forward."

Hillary Clinton, whose poll numbers suffered with the specter of a Biden run hanging over the Democratic primary, praised the vice president as a "good friend and a great man" on Twitter:

.@VP is a good friend and a great man. Today and always, inspired by his optimism and commitment to change the world for the better. -H

In a longer statement, Clinton added that Biden's record fighting for the middle class is one "to be proud of, defend, and build on."

"I am confident that history isn't finished with Joe Biden," Clinton said. "As he said today, there is more work to do. And if I know Joe, he will always be on the front-lines, always fighting for all of us."

Bernie Sanders, a colleague from Biden's days in the Senate, thanked him for a "lifetime of public service and for all that he has done for our nation."

Sanders echoed the vice president's own remarks in the White House Rose Garden on Wednesday, saying Biden understood the need to address issues like income inequality and campaign finance reform.

Former Rhode Island Gov. Lincoln Chafee, who also served with Biden in the Senate, also gave his best wishes for the vice president.

"Few Americans have had his breadth of public service," Chafee said. "I wish him well."