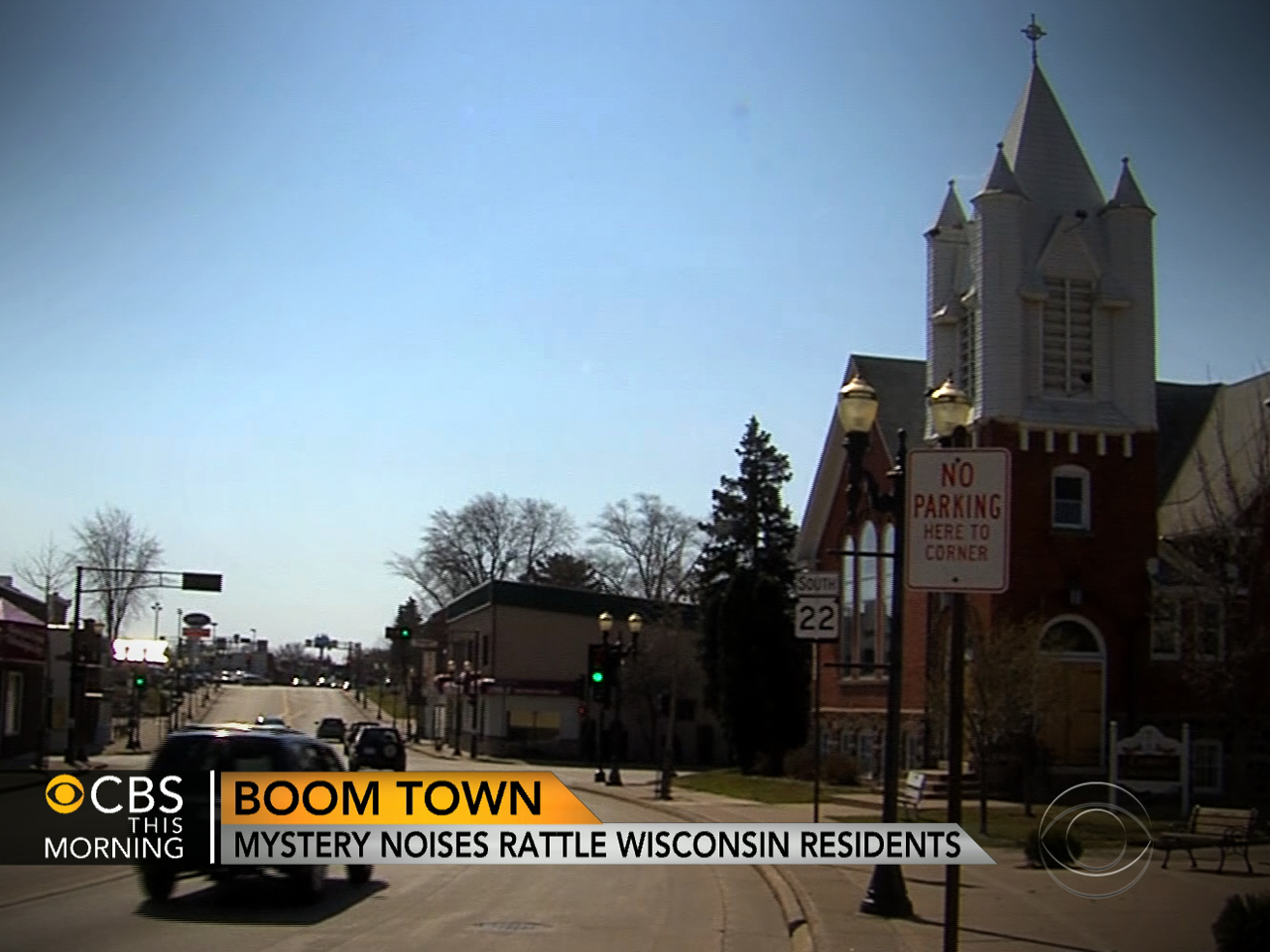 (CBS News) Editor's Note: The Milwaukee Journal Sentinel reports the booms and ground vibrations were probably caused by a 1.5 magnitude earthquake that was recorded beneath Waupaca County city at 12:15 a.m. Tuesday.

The newspaper reports the epicenter of the quake was Clintonville, according to a preliminary review of seismic data done by the U.S. Geological Survey.

The small town of Clintonville, Wis., has a mystery on its hands.

Since Sunday, the residents have been disturbed by "booming" noises loud enough to wake them from their sleep.

Last night, hundreds of people attended a public meeting to get to the bottom of booms. But they aren't any closer to the truth.

One resident told CBS News, "The last few days we've been having (a) booming shaking noise."

Another resident said, "(For) a lot of people the house is rattling, you can feel the ground rattling, and it's booming all the time. It's kind of like, what's going on? You don't know what's happening."

The town hasn't figured out the source of the booms, but they have checked water, sewer, and gas lines, as well as ruled out mining activity, and even military exercises.

Jolene Van Beek said, "Just the unknown is kind of strange. Not knowing."

Like any good mystery, clues can be found anywhere. City officials tried some less-than-high-tech solutions, such as capturing the vibrations in a coffeepot. That morning, a loud noise was reported at 5 a.m., but the coffeepot came up empty.

"Nobody seems to know," resident Tom Mitchell said. "It could be terrible, could be bad, could be good. Who knows?"

Hundreds attended a meeting at the local high school to find answers.

One resident at that meeting said, "There may be some reason to believe that the warm spring is shifting the granite rock underneath our community."

Unlike limestone, which could be dissolved by water and collapse into a sinkhole, granite is solid. But there are small cracks that can be filled by water. If underground water levels drop, those cracks could lead to small shifts, resulting in booms.

"You feel it beneath you," a resident said. "If you're standing on the yard, you can feel the ground move."

Clintonville will spend an estimated $7,000 to hire an engineering firm to find the source of the booms. But, so far, the mystery has only grown.

Clintonville resident Steve Sheldon said, "Do we just kind of go away until this is all settled or do we stay around and see what happens?"

To watch the Betty Nguyen's full report, click on the video in the player above.