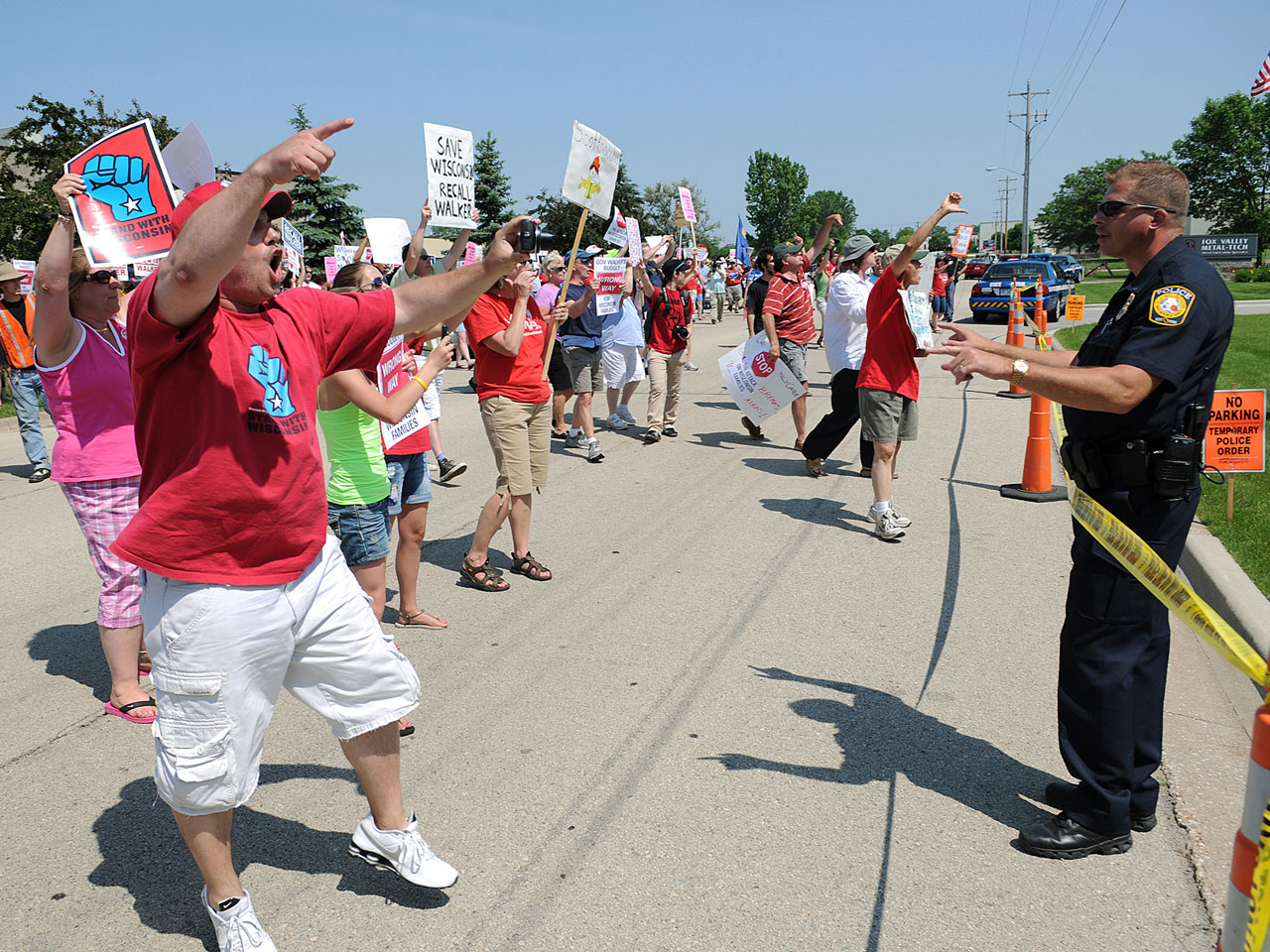 Walker signed the two-year $66 billion budget at a private ceremony at a Green Bay area manufacturing company. The budget passed the Legislature without a single Democratic vote.

It fulfills Walker's campaign pledge to balance the budget without raising taxes. He released just 50 vetoes early Sunday morning, signaling the Republican-controlled Legislature had given him almost everything he wanted when lawmakers revised the document. Democratic Gov. Jim Doyle issued 81 vetoes with the 2009-11 budget, his last before leaving office.

"As a state, we can choose to take the easy road and push off the tough decisions and pass the buck to future generations, or we can step up to the plate and make the tough decisions today," Walker said in prepared remarks. "Our budget chooses to fix our problems now, so that our children and our grandchildren don't face the same challenges we face today.

Democrats argue a $70 million reduction in tax breaks for some who qualify for the federal Earned Income Tax Credit, as well as limits on a homestead exemption for poor homeowners and renters, amounted to tax increases.

Click on the video player below to watch a YouTube post by CBS Affiliate WISC correspondent Jessica Arp, showing protesters outside the location where Walker was privately signing the budget.

But no matter how it's spun, passage of the budget and Walker's signing of it before the new fiscal year starts on July 1 is a significant achievement for Republicans who control both houses of the Legislature.

They worked quickly to approve the budget before recall elections in August that could result in Democrats gaining a majority in the Senate and the power to block Walker and the GOP's agenda.

Democrats assailed the budget as an attack on middle class values since it cuts funding for public schools by $800 million, reduces funding to the UW system by $250 million and cuts tax credits for poor people.

It also reduces the amount schools can collect from property taxes and other revenue combined, which translates into another education cut of about $800 million. While schools are seeing deep cuts, Walker's budget extends tax breaks to manufacturers, multistate corporations and investors.

The budget also calls for $500 million in unspecified cuts to Medicaid programs, puts an enrollment cap on the popular Family Care program and increases spending on the state's roads.

There are no sales or income tax increases and property taxes are held essentially flat over the next two years.