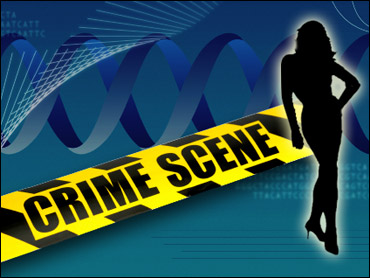 (CBS) - Nicholas Lonell Tolbert and Elika Tia Brown, a couple from Milwaukee, are accused of kidnapping a 21-year-old woman and forcing her to work as a prostitute and a stripper in New Orleans and Dallas over at least the past month, according to police, a report says.

The couple faces felony charges of trafficking a person. They were held Wednesday at the Dallas County Jail, where bail was set at $25,000 each, reports the Dallas Morning News.

During a police interview, the alleged victim told investigators that Tolbert, 29, invited her to his Milwaukee house and then locked her in and refused to let her go. He then explained to her that he was going to be her pimp and she was to make him money by working at strip clubs. She was required to make $500 per day or she would be denied privileges, reports the Morning News.

The three then moved to New Orleans in April and arrived in Dallas on Monday.

The alleged victim was able to escape their Dallas hotel room when she asked Tolbert if she could leave because it was her birthday. Once she was granted permission to leave she called the police and several officers arrived at the Suburban Extended Stay, according to police documents, the paper reports.

Tolbert's criminal record includes convictions for exposing his genitals to a child, drug possession and bail jumping in Wisconsin, according to the paper.