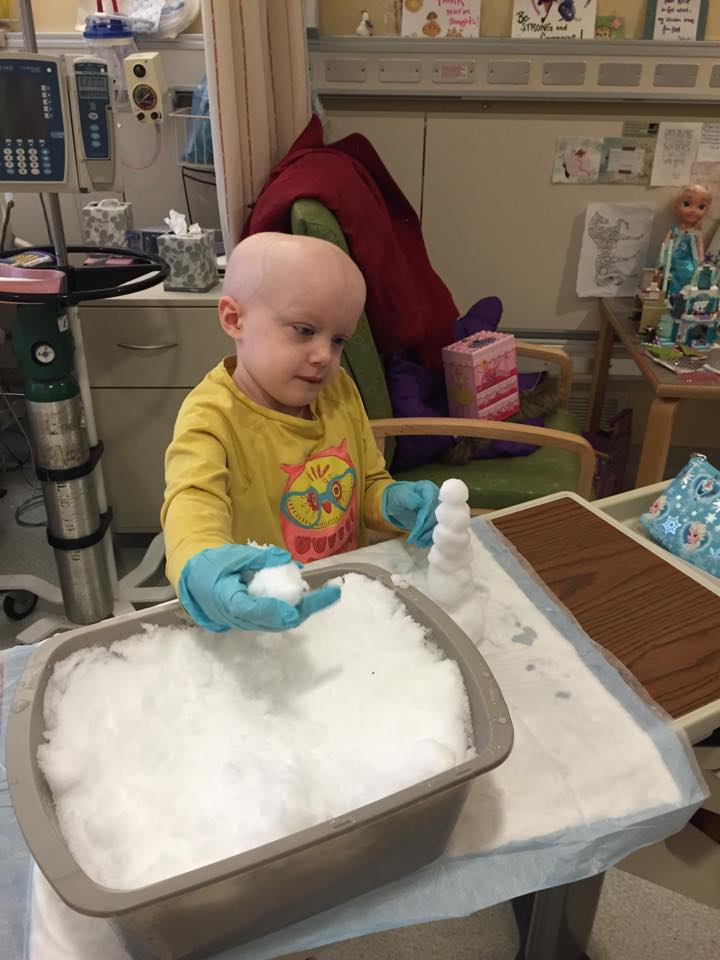 While snowflakes fell during the massive snowstorm in the Northeast Saturday, 7-year-old Lucy Wiese, like most children her age, was eager to frolic in the winter wonderland outside and build a snowman.

However, Lucy is not your ordinary 7-year-old girl. She has a rare immune deficiency called Job syndrome and is recovering from a bone marrow transplant she had in December at the National Institutes of Health (NIH) in Maryland.

The persistent winds and harsh, blizzard-like conditions prevented Lucy from going outside the NIH hospital.

When one of the nurses on duty noticed just how badly Lucy, along with other children at the hospital, wanted to play outside, she ventured into the cold, filled up tubs with enough snow to have a proper snowball fight and brought them back to the children.

But Lucy and the others were far more interested in building snowmen, including characters from Disney's animated musical "Frozen," than having a snowball fight.

Lucy's mother, Jan Wiese, told CBS News that Lucy really wanted to make a snow figurine of the character Olaf but settled on a six-ball snowman instead. She said the kids were also given snow crayons/paint to add more color to their creations.

"This kind of thing is not unusual here at NIH. The nurses are incredibly compassionate and caring. They really look out for the kids and the parents, and it feels like a community," Wiese said. "Lucy has been at NIH for almost eight weeks and has barely been able to leave her room, so it was so much fun for her to be able to play with the snow."

But as the day wound down and the temperature dropped, mother and daughter were very thankful to be safe and warm inside the hospital.