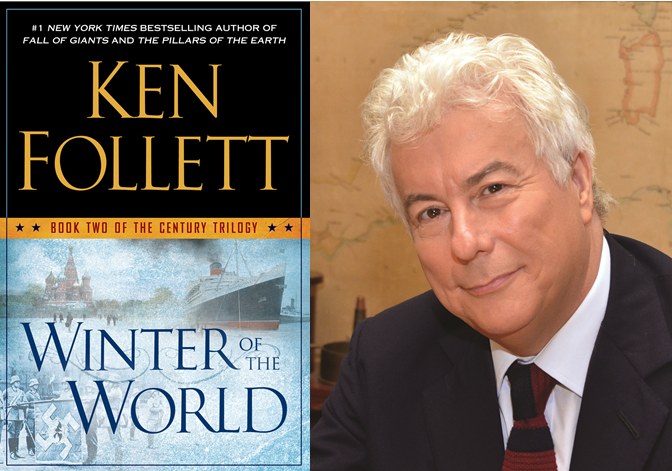 Jeff Glor talks to Ken Follett about, "Winter of the World: Book Two of the Century Trilogy."

Ken Follett: The 20th century is the most dramatic century in the history of the human race, with terrible wars, mass murder, and nuclear weapons--and it's also the century in which I and most of my readers were born, so it's our story.

KF: I was shocked to learn that Stalin's regime in the Soviet Union was as brutal and murderous as Hitler's in Germany.

KF: Tough question, as I've been doing this full time since I was 28. I'd probably be a journalist, interviewing authors.

KF: "Shakespeare's Language" by Frank Kermode. I'm a Shakespeare nut and I bought this in Stratford two weekends ago.

KF: Writing Book Three in the Century trilogy, which is called "Edge of Eternity" and is about the Cold War.

For more on "Winter of the World," visit the Penguin Publishing website.