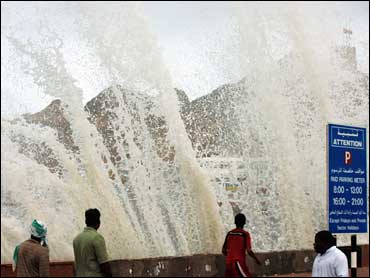 If the cold and dreary days of winter are getting you down, you're not alone.

Millions of Americans suffer from Seasonal Affective Disorder (SAD), commonly known as the "winter blues." But, brighter days can be in your future.

Dr. Terman says SAD is not just feeling gloomy and doomy when the weather is not so good outside.

According to Dr. Terman, SAD is "really a full-blown depression, but it's predictable for half the year, at the same time of the year, for these people. So they know it's coming. And the other half of the year, they're feeling quite well."

As the sunrise drifts later and later as the winter goes on, he explains, the brain sees no signal in the early morning. SAD cases become increasingly worse as one goes up to the northern U.S. and Canada. "After that," says Dr. Terman, "it pretty much levels off. It doesn't get worse than that."

Here are some SAD symptoms, with Dr. Terman's comments:

The best known treatment for SAD, says Dr. Terman, "is to introduce a springtime sunrise into your life…by a simple means of introducing full daylight intensity from a specially designed lightbox. You sit in front of it at the breakfast table for about 30 minutes a day. It tricks the brain into thinking you're in the brighter season."

People who are affected by SAD must use the lightbox every day until springtime arrives. You can get a lightbox from the Internet but Dr. Terman warns that you should search carefully and get one that has been clinically tested and has the right design. As is the case with all health issues, you should talk to your doctor first and seek help that way.