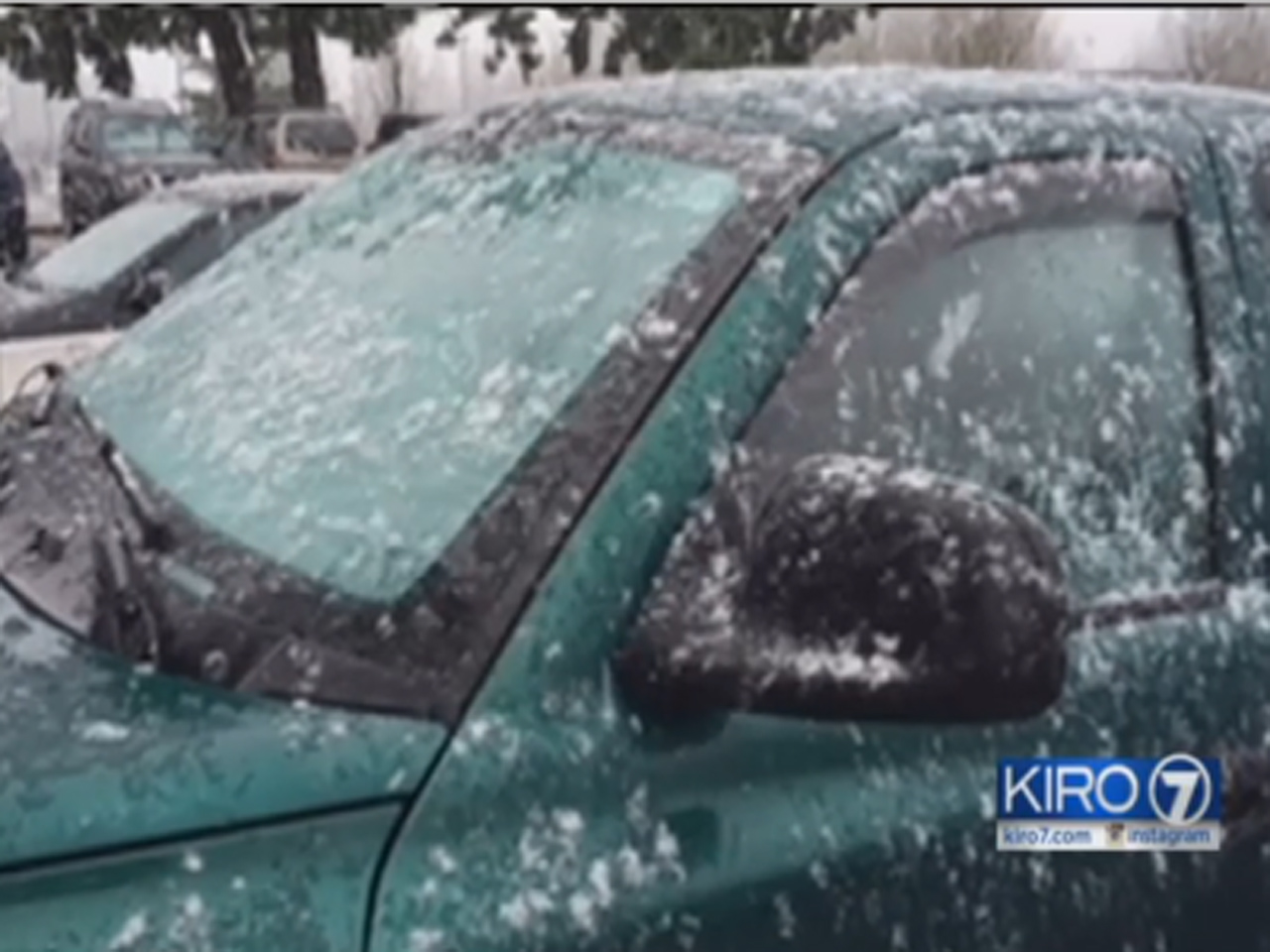 Parts of Oregon and Washington could get several inches of snow, and there were flood watches along the West Coast. Much of California was also seeing rain and snow.

Dozens of drivers were left stuck and stranded southeast of Seattle when a portions of Snoqualmie Pass were buried under snow.

"We went off [at the] first exit but if we would've known this we would've turned around and went back," one motorist said.

Augie Dugar used his truck to help pull out a semi stuck on the side of the road.

"If you don't have a guy like me that comes along, you're going to sit there for hours and hours and hours, so if i can help you out, why not?" Dugar remarked.

In Oregon, wind gusts of 55 miles per hour toppled trees, crushing cars and crashing into homes.

"I heard a loud boom but didn't know what it was ... then the whole house, it was like it was on a trampoline; it almost bounced," one resident recalled.

The winds were strong enough to blow a tractor trailer off the road.

More than 35,000 homes and businesses in the Portland area were without power.

Some much needed rain is expected to fall in the San Francisco Bay area for the next several days. And for those in search of snow for the holidays, nearby Bear Valley is expected to get 28 inches by Christmas Eve.