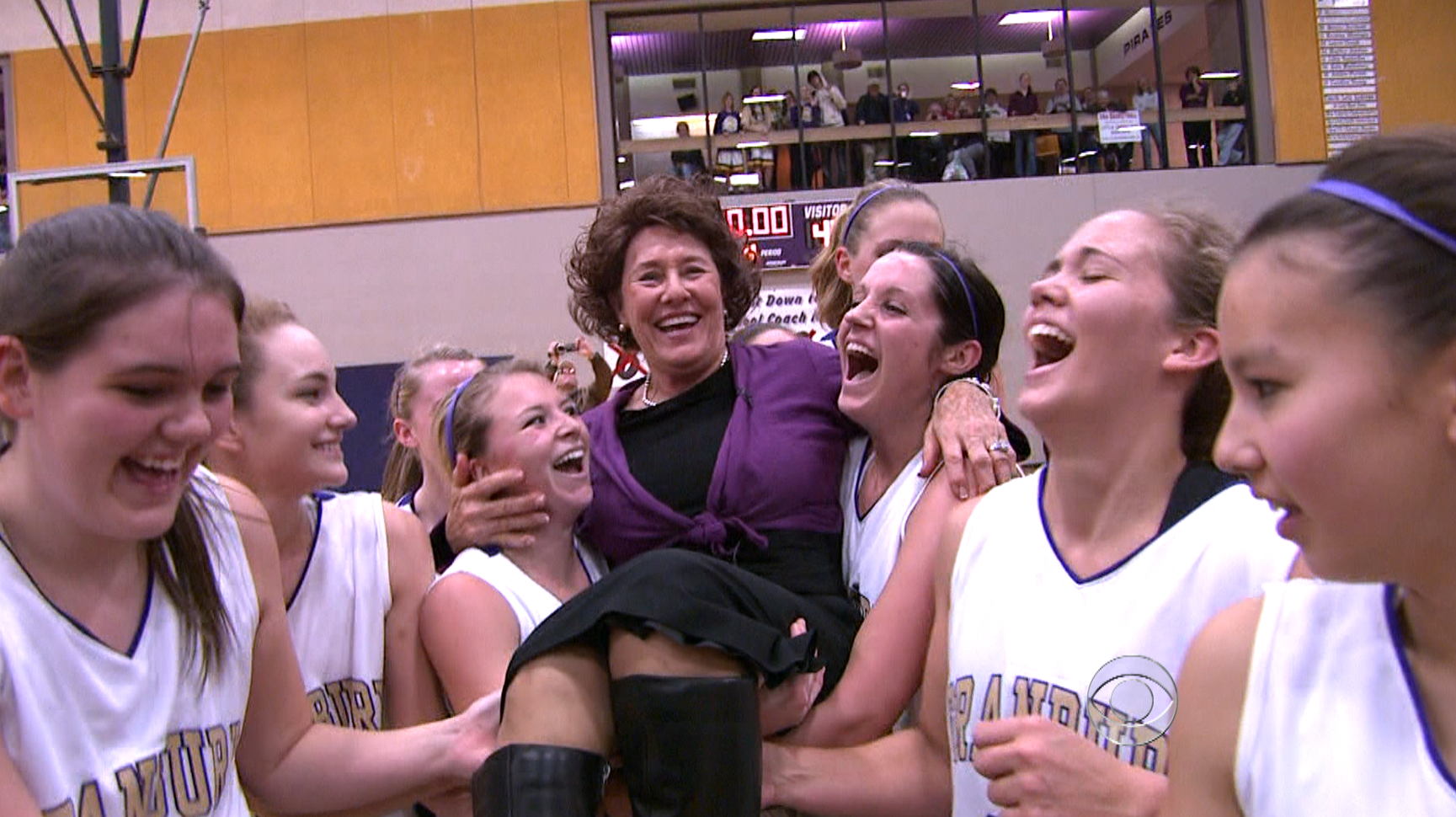 (CBS News) - Back in 2010, CBS News correspondent Steve Hartman met up with Leta Andrews. The 5-foot-4-inch senior citizen had started coaching the Granbury, Texas girls' high-school basketball team in 1962 and hadn't missed a beat or a bad call.

Girls' basketball coach in league of her own

In fact, when Hartman met up with her she had just won her 1,333 game, making her one win away from becoming America's all-time winningest high-school basketball coach. After the interview, she coached her way into the history books.

She's still in love with the game today. Andrews has since added 42 wins to her name. Now 74-years-old, she told CBS News the game is what makes her "tick."

"I may have mellowed a little bit but not much, I don't think the naked eye could catch it," she said.

Catch up with Andrews as she talks to Hartman below: