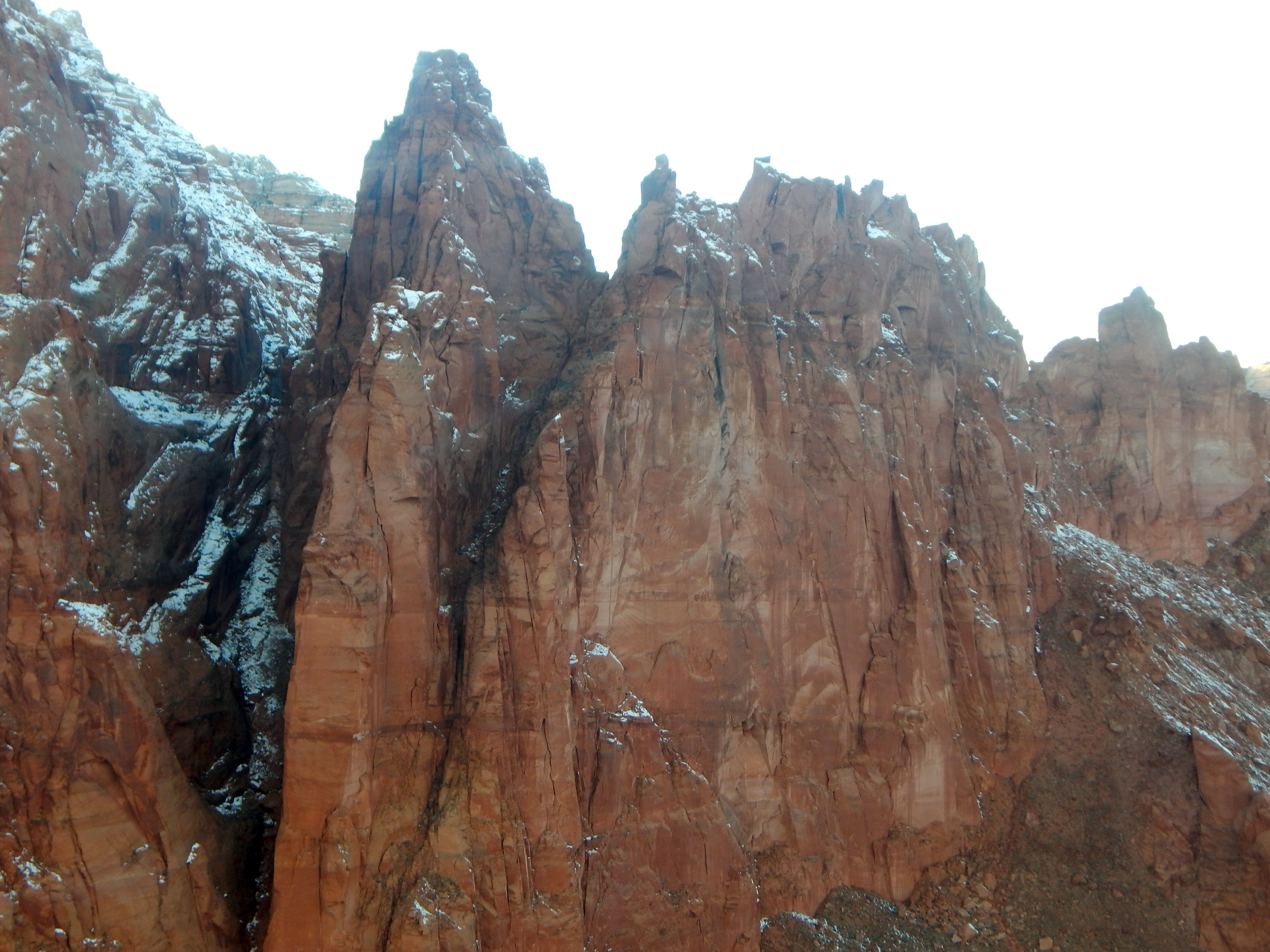 FLAGSTAFF, Ariz. -- A California man has died while wingsuit-flying among remote cliffs on the Arizona-Utah border, authorities said.

The Coconino County Sheriff's Office said Wednesday that it is devising a plan to recover the body of Mathew Kenney, 29, of Santa Cruz. It is trapped in a crevice about 600 feet below where he jumped Tuesday in the Paria Canyon-Vermilion Cliffs Wilderness - a rugged, desolate landscape that is hard to navigate, sheriff's Lt. Bret Axlund said.

Kenney hit a wall after jumping with a wingsuit, but investigators said they're not sure exactly how it happened. Once they reach his body, they will examine his equipment, Axlund said.

Patches of ice and steep terrain atop the canyon walls kept a helicopter from landing Tuesday to try to reach the body.

Wingsuit flying is one of the most extreme forms of BASE jumping - BASE being an acronym of the different platforms, "building, antenna, span and earth." Wingsuit fliers glide frighteningly close to cliffs and trees in their suits that resemble flying squirrels. It is illegal in national parks but not in the wilderness area where Kenney jumped.

Kenney's close friend, Matt Frohlich, said Kenney was an experienced, talented jumper who had traveled around the world. He said he was thankful for the respect and professionalism that authorities have shown Kenney's friends and family.

In an early 2015 interview with Phoenix CBS affiliate KPHO, Kenney described the nervousness and anticipation that comes with BASE jumping. He and a fellow skydiving instructor had jumped from the roof of a Tempe apartment complex and spent the night in jail for trespassing, the station reported.

"We get a bad rap from everybody because there's a lot of misunderstanding as to what we do," Kenney told the station. "They just think we are crazy adrenaline junkies that are jumping off cliffs with primitive parachute technology, when really what we do, if practiced properly, is pretty safe and pretty cool and pretty fun."

Kenney's death is the first attributed to BASE jumping in the Bureau of Land Management's Arizona Strip District, which encompasses much of the far northwestern corner of the state north of the Grand Canyon, BLM spokeswoman Rachel Carnahan said. The area is popular with hikers for its slot canyons and a formation known as The Wave, a geologic formation with swirls of searing reds, oranges and yellows that fold into a bowl.

The agency is not considering any restrictions on BASE jumping as a result of Kenney's death, Carnahan said.

"We're constantly monitoring safety in backcountry areas," she said. "Certainly we would take a look at the regulations and policies again if it looked like it was becoming a trend."

Authorities in northern Arizona have had to respond to other BASE-jumping fatalities in recent years. A Norwegian man died in 2012 when a gust of wind blew him into a canyon wall and his parachute malfunctioned. The sheriff's office said he fell about 1,000 feet onto the canyon floor near the Little Colorado River.

More recently in 2014, a Canadian man wearing a wingsuit died after trauma from a fall near the confluence of the Little Colorado and Colorado rivers. His friends reported seeing him about 2,000 feet below the top of a canyon.

Tim Sestak, a professor at Embry-Riddle Aeronautical University's College of Aviation, is trying to come up with new ways to make wingsuits easier to fly and safer, CBS affiliate KPHO reported.

"You don't know about the aerodynamics of wingsuits and how close these guys are to the invisible line, where they either lose lift or lose control," Sestak said.