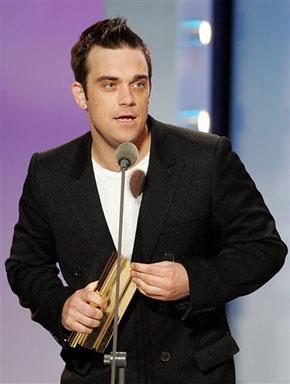 This Stanley Cup wasn't for players or fans. This one was for friends: Vlady and Sergei.

The Detroit Red Wings became the first team to win consecutive Stanley Cups since 1992, completing a sweep of the Washington Capitals with a 4-1 victory Tuesday night behind a two-goal performance by Doug Brown.

The Red Wings' second straight sweep also gave Scotty Bowman a record-tying eighth Stanley Cup as a coach and capped an emotional and tumultuous season that followed the team's first championship in 42 years.

"Vlady's spirit was present in us all season long," winger Vyacheslav Koslov said.

"Victory No. 16 for No. 16," added Vyacheslav Fetisov, referring to Konstantinov's jersey number and the number of games necessary to win the NHL title.

"This is for this man, who will run and walk again," Fetisov said, his hand on the shoulder of Konstantinov, who was brought down to the ice for the celebration.

Konstantinov, considered one of the NHL's top defenseman, watched the game from the stands at the MCI Center. When the Red Wings opened a 4-1 lead early in the third period, chants of "Vlady! Vlady! Vlady!" cascaded through the arena from the thousands of Detroit fans who somehow got tickets.

When the chants reached a peak, Konstantinov's wife, Irina, helped her husband to his feet. He waved his fist and the cheers grew louder.

Even Washington fans seemed to join in as their team's first trip to the NHL finals ended quickly. It was the fourth straight sweep, the first time that has happened in major pro sports history.

Konstantinov, wearing a Red Wings jersey, was wheeled onto the ice immediately after the game to take part in the trophy presentation.

Martin Lapointe and Larry Murphy also scored for the Red Wings, while goalie Chris Osgood completed a spectacular series by making 30 saves. He allow but seven goals in 99 shots in the series.

Osgood, who had been maligned for giving up three long goals earlier in the playoffs, was every bit the equal of Washington's Olaf Kolzig, who was outstanding in defeat.

Brian Bellows, whose wife gave birth to a son between the first two games of the series, got his second goal in as many games for Washington. The Caps had the fourth-best record in the Eastern Conference under new coach Ron Wilson and came into the finals as a heavy underdog after New Jersey, Pittsburgh and Philadelphia were eliminated in the first round.

"Guys have different reasons why they want to win," Detroit associate coach Dave Lewis said prior to Game 4. "The biggest reason now is for Serge and Vlady. Not much has been said about it, but that has been the driving force for this team since Day 1 of training camp."

The Red Wings wore patches all season on their right shoulders with their friends' initials and the word "believe" in English and Russian.

The accident wasn't the only obstacle in the way of the team's bid to become the first repeat champion since the Pittsburgh Penguins in 1991-92.

During the offseason, the Red Wings traded goaltender Mike Vernon, the MVP of last year's playoffs, and decided to go with Osgood, a younger goaltender. Osgood was just as dominant and the Wings retained the MVP award as well. It went to Steve Yzerman.

There was further adversity with a contract holdout that caused dynamic center Sergie Fedorov to miss the first 59 games of the season. He didn't return until the Red Wings matched a six-year, $38 million offer sheet from Carolina, that included a $14 million signing bonus and a $12 million incentive clause if Fedorov's team made the conference final this year.

As the final seconds ticked off, Osgood held his hands high above his head while Murphy handled the puck in front of his own net.

With about three seconds to go, Osgood threw off his glove, tossed his stick away and reached out to accept hugs from teammates.

After the teams exchanged handshakes, the Stanley Cup was presented to Konstantinov, who beamed as it teetered on his lap. His teammates formed a circle around him and he feebly raised two fingers to signify the second title.

With the Cup still on his wheelchair, his teammates pushed him around the ice in a victory lap.

As they have done each game of the series, the Red Wings scored the first goal. Brown got it on a power play at 10:30 following a great play by Fedorov, who had the game winner late in Game 3.

This time the $38 million man took the puck from Murphy just inside the Washington blue line, carried it to the faceoff circle, turned completely around and finished at the top of the circle. He made a cross-ice pass that found Brown in full stride and he beat Kolzig with a wrist shot from the dot in the left faceoff circle.

Lapointe stretched the lead to two goals early in the second period with a shot from just inside the blue line that beat Kolzig to the right corner at 2:26. Igor Larionov set up the shot with a pass from the sideboards.

The goal seemed to take the life out of the sellout crowd. But they got back into the game with just over 12 minutes left in the period when Brian Bellows got his second goal in two games by capitalizing on one of the rare mistakes by the Red Wings' defense, a turnover by Jamie Macoun.

Osgood, who was outstanding the whole series despite limited work, made a shoulder save on a 20-footer by Bellows a little more than two minutes late to kept Detroit ahead.

Murphy, a former Cap who was hooted every time he touched the puck in the series, eemed to put the final nail in the Capitals with 8:14 to play on a power play. Tomas Holmstrom controlled the puck behind the net and eventually found Murphy sneaking in from the right point for a shot from the faceoff circle that beat Kolzig up high.

Brown got his second goal early in the third period, capping a 2-on-1 break with Kozlov.